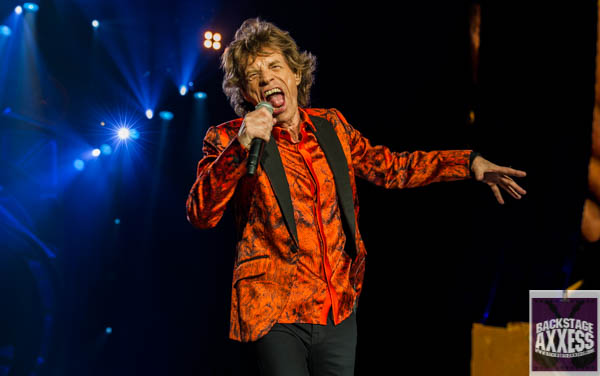 Timeless. Energetic. Charismatic. Few words remain that haven’t already been written about the greatest rock and roll band of all time, The Rolling Stones, who made their first trip to the Western New York area since 1997 this past Saturday night. The “Zip Code” Tour celebrates the reissue of the bands “Sticky Fingers” album released back in 1971.

As dusk fell over Ralph Wilson Stadium, immense screens adjacent to either side of the stage were illuminated with the iconic Rolling Stones logo and the number 14127 listed below it, representing the zip code for Orchard Park, NY (the home of the Buffalo Bills).

You could feel the exhilaration in the air; the culmination of weeks of buildup and talk of multiple Rolling Stones sightings throughout the city of Buffalo. Stones mania had taken a firm hold on the city and it was a matter of moments before the sky above the stadium was lit up with fireworks, forcing 55,000 people (of all ages) to their feet, poised to give a thunderous welcome to Mick, Ron, Charlie and the heart & soul of the Rolling Stones, Keith Richards, who took center stage while strumming the opening chords of “Jumpin’ Jack Flash.” After greeting the audience with a mischievous smile and his trademark, half-cocked arm stance, Richard’s quickly turned over the spotlight to the bands focal point, Mick Jagger. Jagger sauntered onto the stage, sporting a solid black ensemble complemented by a shiny red and black silk blazer that personified rock ‘n roll, and with a burst of adrenaline, supplied more energy than a case of Red Bull. Mick made use of every inch of stage including the extended thrust which jetted out to about the 40th row of the floor. The crowd marveled at the 72-year-old frontman, whose body moves closer in fashion to that of a 22-year-old, as he wound up the crowd from beginning to end with his signature swagger.

Proving he did his research on our fair city, Jagger stated that he enjoyed getting around town to take in the beautiful sights, including a trip with fellow bandmate/drummer Charlie Watts to an architectural landmark, Frank Lloyd Wright’s Darwin Martin House. He also made a joke about how he was staying in the “Tom Brady suite, where even the pillows were deflated.”

Later in the evening, before Richards took over vocal duties for “Before They Make Me Run” and “Happy,” he acknowledged the crowd by stating “It’s good to be here in Buffalo….actually, it’s good to be anywhere,” he said, followed by his infamous chuckle. He proceeded through his 3-song solo, with the fans undivided attention and admiration.

Guitarist Ronnie Wood, who had several t-shirt and guitar strap changes throughout the set, was ablaze all night with as much rock ‘n roll attitude as aptitude, and dazzled fans with his exuberance and precision.

The giant screens that flanked the stage not only provided realistic fire and flames for “Sympathy for the Devil,” but contributed to the larger than life portrayal of each individual member of the band.

The spectacular production enhanced of every element of the show and did not go unnoticed. The sound quality was crystal clear; not an easy feat to achieve in a stadium that often combats a whirling breeze. The inclusion of the Williamsville Choir for “You Can’t Always Get What You Want,” and the spine tingling vocals of Lisa Fischer on “Gimme Shelter” were awe inspiring, and the bond the Stones share with each other, as well as their fans, was apparent throughout the performance.

As I mentioned, a lot of adjectives have been used to describe the Stones, but the reality is they are a rock ‘n roll anomaly that has spanned generations, and there are simply no words to accurately paint the scene from Saturday’s show. You just had to be there to experience it firsthand. I am more than confident in saying that all expectations were exceeded and any preconceived notions of what the Stones could deliver, were on this evening, quite simply… “Shattered.” (Sha Doo Bee)! 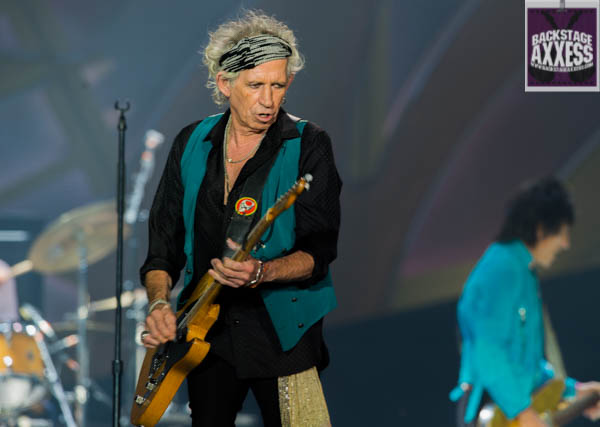 We would like to thank Cara Hutchison from Rogers & Cowan for the credentials to review the show.