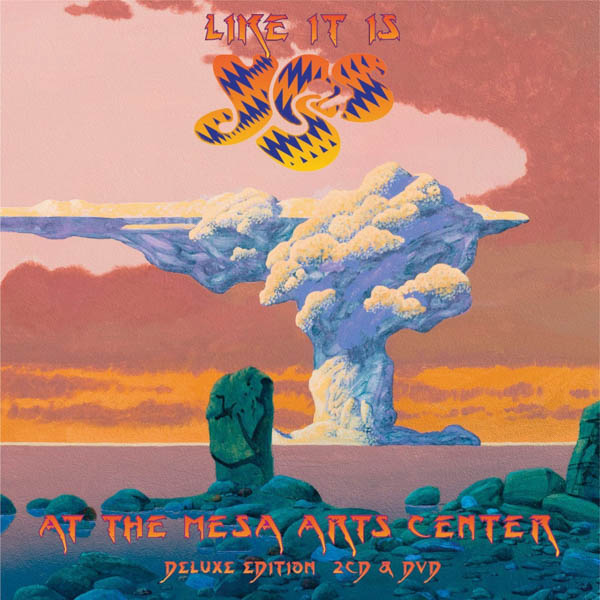 The iconic progressive rock band YES has released a new audio/visual treat in the form of a two (2) CD/DVD live album on Frontiers Records. The concert was recorded live in August of 2014 at the Ikeda Theater in Mesa, AZ, and features a performance of two of the band’s classic albums in their entirety, 1971’s “Fragile” and 1972’s “Close to the Edge.” With the recent passing of founding bassist Chris Squire, these recordings become an important part of rock history as the last live recordings to feature his signature bass stylings. Along with Squire is original guitarist Steve Howe, longtime drummer Alan White, Geoff Downes returns on keyboards and new vocalist Jon Davison.

As far as the performance goes, what can you say about YES? The music is timeless and inventive with flowing melodies, magical guitars, and all out jams. New vocalist Jon Davison seems to be a good fit for the band and Steve Howe’s guitar is mesmerizing at times as the band runs through classics like “Long Distance Runaround” and “The Fish.” Throughout it all Chris Squire’s bass lines are magnetic and hypnotic. It is hard to imagine the band without him being a part of it and he will be sorely missed.

A YES concert is an experience unto itself and quite simply can not be duplicated. “Like It Is-At the Mesa Arts Center” captures a little bit of that magic and will serve as a legacy of some of Chris Squire’s best work.