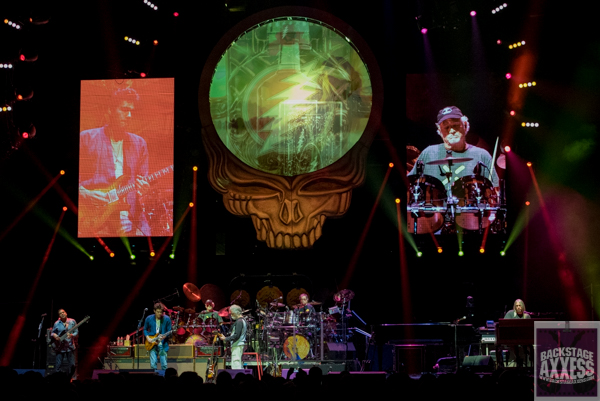 Since the death of Jerry Garcia back in the summer of 1995, the surviving members of The Grateful Dead have gone out on the road in various incarnations trying to keep the spirit of the group alive. The greatest challenge for the band, who experienced a fair share of lineup changes and losses when Garcia was alive, has been to fill the void left by Garcia. The latest group, billed as Dead & Company, features three of the core four surviving members and three supporting musicians, one of which is John Mayer who is handling lead guitar duties and vocals. From a visual standpoint, the show features Mayer and Bob Weir center stage, with the rest of the band surrounding and supporting the interplay.

Appearing at First Niagara Center on Veteran’s Day, there were a couple of obvious selections that should have, and did appear in the setlist, “U.S Blues” in honor of the holiday and “Truckin’” the song that includes the line “Truckin, up to Buffalo.” As expected, the line drew some of the loudest cheers of the evening. The group is the closest thing to a Grateful Dead show that most fans will see in their lifetime. Even though the absence of Phil Lesh was felt, Dead & Company did a good a job recapturing the magic of a 1980s’ era Dead show, comparable to what the Trey Anastasio Fare Thee Well lineup did during the summer shows.

There is an undeniable chemistry between Mayer and Weir that has been lacking since Garcia’s death, and while there are some vague similarities in playing style between Garcia and Mayer, there is no denying that Mayer’s speed and precision adds a unique component to the dynamic. Even Mayer’s place onstage, to Weir’s right, seems calculated in a way that makes him differ from Garcia. Whereas Jerry stood off to the side and rarely seemed to be in the spotlight, Mayer was a captivating presence with his height and youth on display for everyone to behold. It is fascinating watching Mayer find his place in the songs, and while some might argue his playing is almost too perfect, then again The Dead & Company’s show is a reflection of the change in expectations at a concert. Gone are the wayward noodlings and the endless tuning between songs that added character to Grateful Dead shows, as are the scruffy looking bunch that followed the group from town to town in tie-dye shirts.

Of course the great thing is that no matter what anybody was wearing, there were still those moments where you wonder what song is coming next, and when a gem like “Althea” appeared, it was just as exciting as hearing “Truckin’” or some of the later songs in the evening like “Wang Dang Doodle.” Moreover, fans of The Dead really love the music; they roar their approval when the band is on fire and chill out when it’s time to soak in a slower song. Mayer seems to understand the importance of his role as a guitar slinger paying homage to Garcia, and pushing Weir in his role as the most prominent surviving member of The Grateful Dead.

Perhaps the greatest surprise of the evening came in the choice of the final song and encore. The second set closed with “Sugar Magnolia” and the band returned to the stage and performed an amazing version of “Casey Jones.” It almost felt like the kind of ending that a casual fan would love, two of their biggest “hits” to close out the evening. Inasmuch as there were some other songs I would have liked to hear, the “Sugar Magnolia”/“Casey Jones” combo really capped off what was a great night of music, and proved that the decision to bring John Mayer along for the trip was not so strange at all. As to whether this lineup is the greatest since Garcia’s death, if Phil Lesh were with the group it would be easier to make that argument. Fans of The Grateful Dead have had plenty of options over the years, but Dead & Company may be the last opportunity to experience the music that created a cultural phenomenon. 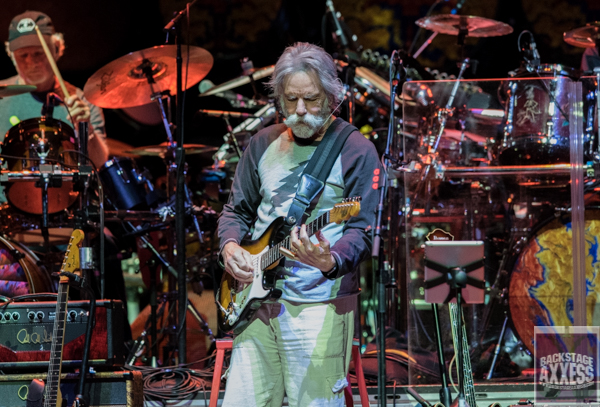 We would like to thank Tracey Mancini for her assistance in obtaining credentials so BackstageAxxess could review the show.