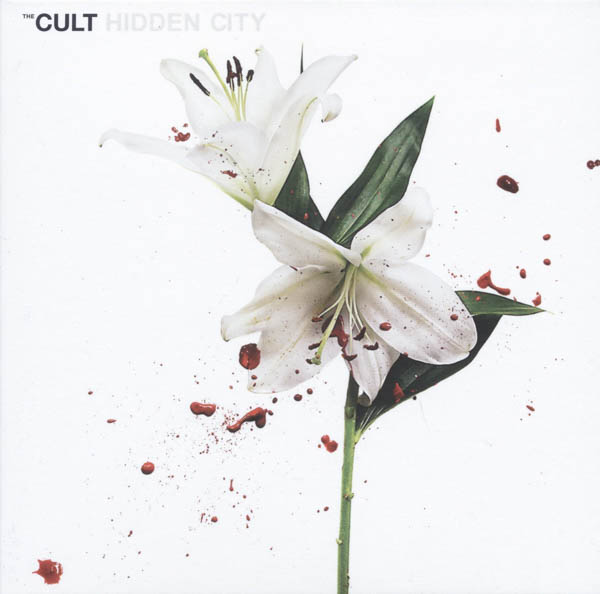 Hidden City is the 10th studio record from the Cult and the final installment of the trilogy that began with 2007’s Born Into This and follows 2012’s Choice of Weapon.

For fans that were hoping for a return to a more recognizable Cult sound, you may be disappointed. Other than “Heathens” and “Dark Energy,” which offer a relatively lively pulse and appealing guitar riff, the rest of record flat lines with slow moving songs devoid of any substantial hooks. The lyrical content focuses on dark topics such as war and death, and you can almost feel the dark cloud hovering over you at the start of almost every track. “Lillies” is very reminiscent of Ian Astbury’s Holy Barbarians project, which turned out one album back in 1996.

Slight nuances of the “Love” era can be detected in “Birds of Paradise” and “Dance the Night,” while the only song that offers that infectious, hip-shaking Cult vibe of their 80’s heyday is “Heathens.”

“Sound & Fury,” is less complex compared to the other tracks on the record. It’s a simple, haunting ballad and with the line, “A god that kills the innocent, you survived. So many hearts have sailed, from the beauty of this world,” it does manage to sneak into your subconscious somehow.

As a long time admirer of The Cult, I played the record over and over hoping for a new appreciation or inspiration, as I’m sure a lot of time and effort went into crafting the songs. Unfortunately, it still falls short of what I know the Cult is capable of churning out.