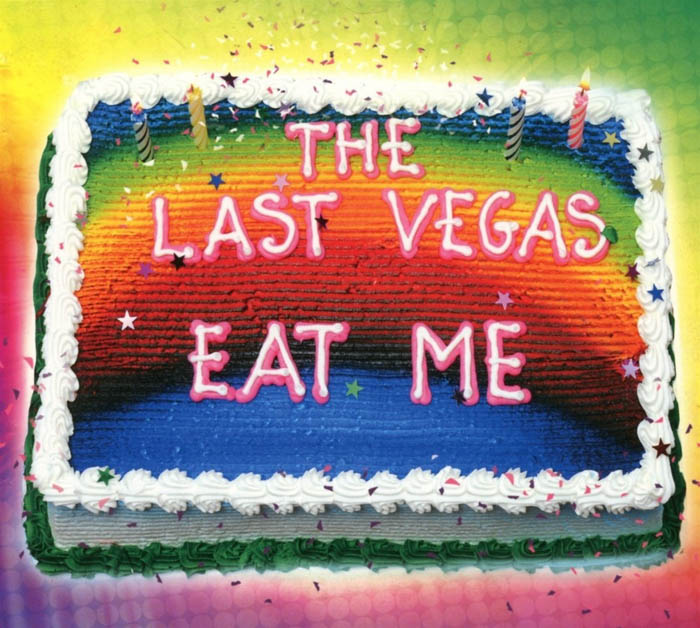 The sleazy hard rock of The Last Vegas is back with a vengeance with their new album “Eat Me” on AFM Records. With less than three weeks to write and rehearse the new songs, the band was going on gut instinct and the result is a terrific collection of bluesy rock. “Eat Me” is self-produced with a raw feel to it but ultra modern sound thanks in part to the European production team of Chris Laney and Classe Perrson who mixed and mastered the album respectively.

The anthemic “Bloodthirsty” gets things going in fine fashion with new guitarist Bryan Wilkinson meshing with ease with guitarist Adam Arling. The rhythm section of bassist Danny Smash and drummer Nathan Arling keeps the beat driving along and frontman Chad Cherry sounds fantastic. “Universe & You” has a nice, laid-back vibe and “Hot Fudge” is a down and dirty bar room number that is a great blend of 70’s and 80’s rock. The acoustic ballad “Love’s Got Nothing On Me” is a real showcase for Cherry’s vocals and has a real Tesla-esque feel to it.

“Eat Me” is a cool blend of blues, rock and glam with grooving riffs and catchy tunes. If you’re a fan of early Aerosmith, Cinderella, or Tesla, you won’t want to miss this one.