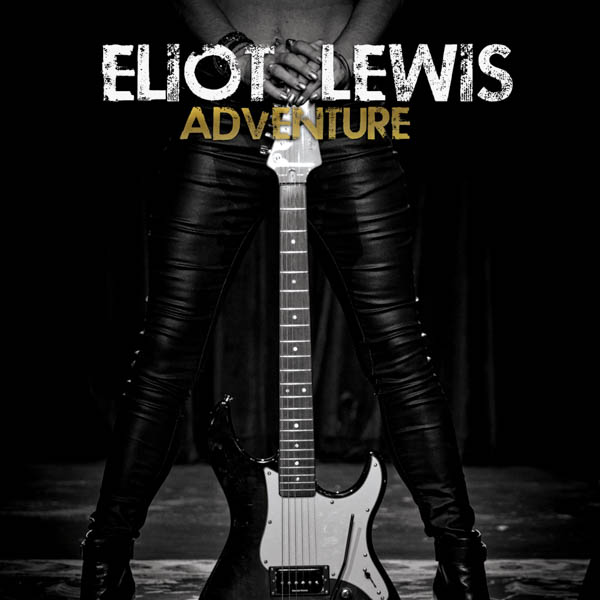 Singer-songwriter and multi-instrumentalist Eliot Lewis has performed with a cross-section of the greatest musicians of the modern era, literally too many to list in a short write-up. While Lewis has made his mark as a collaborator and more recently as a member of the Hall and Oates touring band and as part of Hall’s “Live from Daryl’s House” band, Lewis is also an accomplished solo artist.

Recently Lewis released “Adventure,” an 11 song disc filled with more hooks than your grandfather’s fishing tackle box. Combine that with a solid vocal performance and you have what may be the best album you share with your friends this year.

Eliot Lewis is usually found parked behind the keyboards when he is playing with Hall, which may make fans expecting  a keyboard heavy album pleasantly surprised at how well Lewis plays guitar.

Thematically the songs are a celebration of life and music with a peppering of boy meets girl songs. A glance at the titles and they seem to capture the tenacity with which Lewis has pursued his solo career, “We’re In it Together”, “Adventure” and “Crusade” and “Evolution” are some of the titles that fall in that category.

While one might expect “Adventure” to rely heavily on the soulful sounds of Hall and Oates, it is a rock album at it’s heart with the feel and sensibility of a great pop album seasoned with boogie blues and funk.

Of the ten originals, there is no filler, which is a rarity these days. It’s tough to pinpoint the standout tracks, but “Soundtrack” is a personal favorite because the rhythm reminds me of classic AC/DC and the lyrics speak to everyone that has grown up listening to and loving music.

“Tattoo” is simply fun, it’s a toe-tapper that must be great to hear live. “Crusade” has been on a previous release, and it seems at home on this full length album.

Fans of what is now dubbed “classic rock” will undoubtedly love this album, as will fans of great music performed on real instruments.