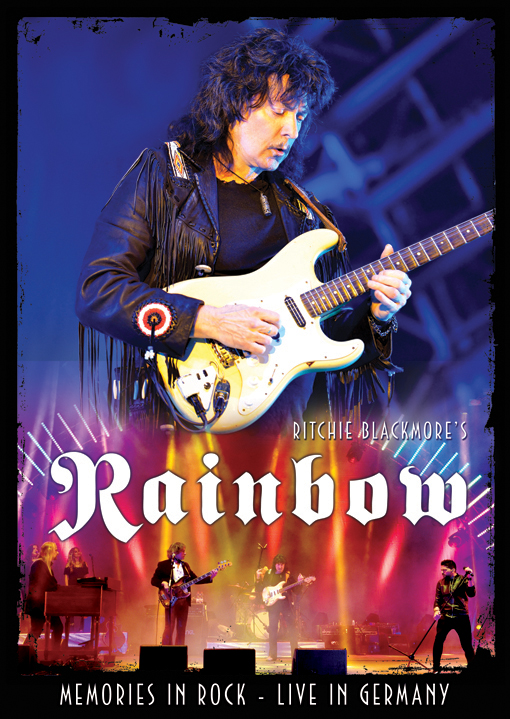 When Ritchie Blackmore announced his return to rock and a new Rainbow lineup he mentioned that singer Ronnie Romero was the impetus for dusting off the mothballs and revisiting Rainbow. The recorded result is the forthcoming package “Memories in Rock-Live in Germany” which includes a DVD and two CD set of the June 2016 shows.

Blackmore was the target of some criticism for not involving previous members of the band, but I don’t think anyone can make the claim Rainbow was ever anything beyond a vehicle for Blackmore after he stepped away from the confines of Deep Purple.

In spite of his best efforts, Rainbow never garnered the type of commercial success they deserved during their initial run. Blackmore introduced the world to three of rock music’s best vocalists, Ronnie James Dio, Graham Bonnet and Joe Lynn Turner. The mid 1990’s Rainbow featured Doogie White on vocals, who did an admirable job filling the massive shoes.

When you have four former Rainbow vocalists and songs from the Deep Purple canon, you would think there is no single vocalist that can do the catalogue justice, but Romero’s vocal performance in absolutely breathtaking.

His voice is best suited for the Dio era material, but he absolutely nails the Deep Purple material and adds some grit to the Bonnet and Turner era material. It’s undoubtedly Romero’s vocals that are the driving force for Blackmore, whose performance solidifies his place as one of the greatest rock guitarists of all time.

The band as a whole sounds incredibly tight, and they all turn in a tremendous performance worthy of the Rainbow legacy.

To sum it up, the shows accomplish something few “reunion” shows mange to do, it lives up to its hype.