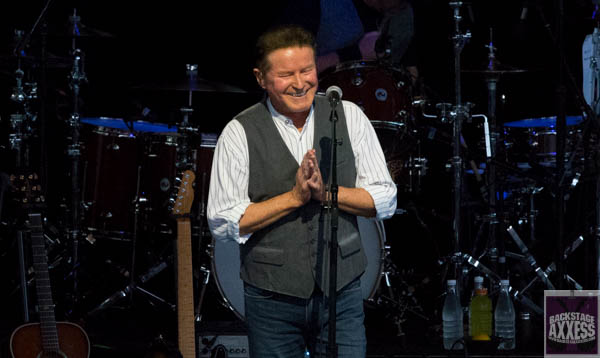 Don Henley has begun to flesh out his 2017 solo tour schedule. The Eagles star has unveiled eight summer U.S. dates plus a show in Toronto in continued support of his fifth solo album Cass Country.

Pollstar reports on March 20 the six-time Grammy winner’s June trek will include a special 70th birthday bash that will take place July 22 in Dallas at  American Airlines Center. The “All She Wants to  Do is Dance” hitmaker promises the appearance of “several very special guests” in the media release posted Monday at the official website of Don Henley.

The summer romp will feature support from New York based JD & the Straight Shot and kick off June 6  in Boston at Blue Hills Bank Pavilion. The trek will include multiple major city stops, including visits to Cincinnati, Chicago and St. Paul, Minnesota, before wrapping up July 22 with the birthday party in Dallas.

The Rock and Roll Hall of Famer’s solo dates come ahead of last month’s announcement that the Eagles will reunite for the first time since the death of Eagle co-founder Glen Frey last to co-headline two star-studded new festivals this summer with Fleetwood Mac.  “Classic West” will take place July 15  – July 16 in Los Angeles at Dodger Stadium while “Classic East” will run from July 29 – June 30 in New York at Citi Field.

Following a run of solo U.S. dates in January, Henley is currently wrapping up a tour of Australia and New Zealand with Jewel that launched March 5 in Perth, Australia. The tour continues on March 21 in Christchurch, New Zealand, at Horncastle Arena and will wrap up March 25 in Wellington, New Zealand, at TSB Arena.

See below for Don Henley’s newly added 2017 U.S. tour schedule. For all the latest details on Don Henley, click here. For information on The Eagles, click here.