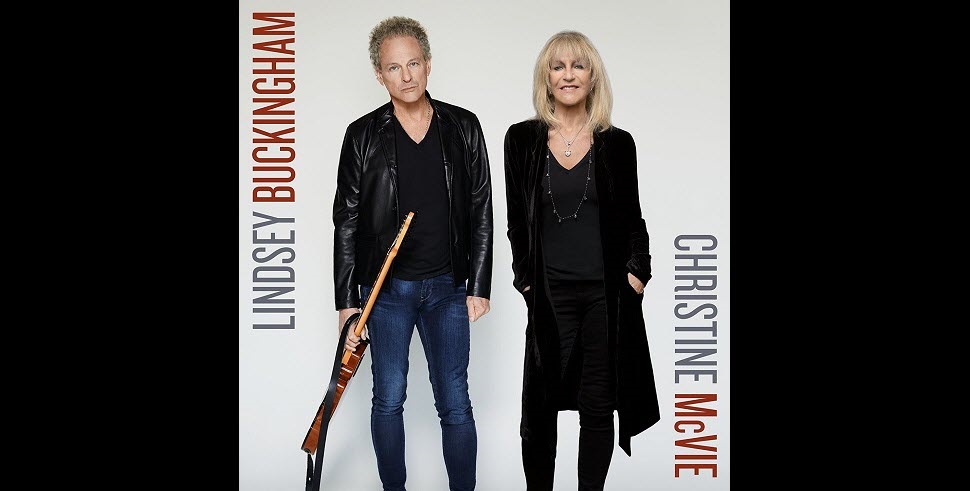 Available From Atlantic Records On June 9

The Duo Will Hit The Road For A Special Engagement Of U.S. Shows

LOS ANGELES – Longtime members of Fleetwood Mac, Lindsey Buckingham and Christine McVie have joined together to record their first-ever album as a duo. Simply titled LINDSEY BUCKINGHAM/CHRISTINE McVIE, the 10-song album will be released by Atlantic Records this summer, followed by a run of special U.S. concerts. The first single “In My World” will be available this Friday, April 14, on all digital and streaming services.

The album will be available June 9 on CD, LP, and all digital and streaming services. The  U.S. tour will begin on June 21st.

The collaboration began three years ago, when McVie rejoined Fleetwood Mac for the group’s “On With The Show” tour.   The pair went in to record new material prior to rehearsals for the tour and their natural creative chemistry was reignited.  According to Buckingham, “We were exploring a creative process, and the identity of the project took on a life organically. The body of work felt like it was meant to be a duet album. We acknowledged that to each other on many occasions, and said to ourselves, ‘what took us so long?!!'”

Working their natural singer songwriter skills together came easily for the duo.  Said Christine McVie, “We’ve always written well together, Lindsey and I, and this has just spiraled into something really amazing that we’ve done between us.”

Sessions for the album took place at The Village Studios in Los Angeles, which is where Fleetwood Mac recorded several of their classic albums, including Tusk. Buckingham and McVie were joined in the studio by fellow bandmates Mick Fleetwood and John McVie, who supplied much of the dynamic rhythmic engine.

“It’s a huge honour for East West and WMG to partner with two of the best artists in rock history who’ve written, recorded and performed some of the most popular and enduring music of all time. ‘Lindsey Buckingham/Christine McVie’ is a very special collaborative album that showcases both of their stunning talent,” said Dan Chalmers, President Rhino, East West & ADA UK. ” We’re very proud of our long and ongoing relationship with the band and confident that this record will be loved and enjoyed by Fleetwood Mac and music fans the world over.”