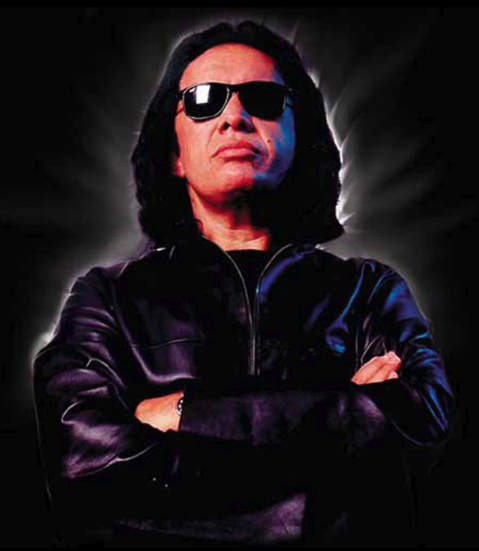 Gene Simmons will temporarily set aside his Kiss duties for a series of solo appearances at three Comic Con events throughout the spring, summer and fall 2017.

Simmons is being touted as “an iconic star attraction” for the events, which are scheduled to take place at the Wizard-branded conventions in  Philadelphia (June 2-3), Chicago (August 26-27) and Austin (November 17-18).

“I’m excited to bring rock ‘n’ roll back to Wizard World Comic Con in 2017,” said Simmons in a press release. “It will be great to meet fans and perform for them in every city.”

“We are thrilled to be working with Gene for our inaugural production by Wizard World Touring,” added Wizard CEO John D. Maatta. “Gene is a showman-businessman hyphenate, and there is no better entertainer whom the fans love more.”

Simmons is set to play with a solo band for the conventions, which mark a return to Comic Con after his appearance at the Richmond event in 2016. In addition to live musical performances, he’s on tap for a variety of fan-friendly activities, including photo ops, autographs and Q&A sessions. Regular passes and VIP packages are available for each of the events — visit Wizard’s official site for full details and ticketing information.

The Austin Comic Con will take place shortly after Simmons returns from his voyage on the Kiss Kruise VII, which is scheduled to sail Nov. 5-10 — and will also find him getting up close and personal with fans.

For the show on Philadelphia:

Legendary Rock Icon Gene Simmons To Perform At The Trocadero Theatre On Friday, June 2 In Conjunction With Wizard World Comic Con Philadelphia Production Joint Venture With Wizard World Touring Unit To Include ‘An Evening with Gene Simmons and his Band’; VIP Meet and Greet Packages Available PHILADELPHIA, March 31, 2017—Legendary bassist and rock icon Gene Simmons will perform “An Evening with Gene Simmons and his Band” at The Trocadero Theatre (1003 Arch St) in Philadelphia on Friday, June 2, as part of a partnership with Wizard World, Inc., (WIZD), the preeminent producer of Wizard World Comic Cons across North America, as announced today. Simmons will also appear at Wizard World Comic Con Philadelphia on Friday and Saturday, June 2-3, to greet fans, sign autographs, pose for photo ops and conduct an interactive fan Q&A. Tickets for the concert are available now at Tickets; doors open at 7 p.m. Ticket prices start at $38, and special meet and greet packages are also available. The event will mark Simmons’ only East Coast date in 2017. The Trocadero Theatre event marks something of a homecoming, as he played there in 1992 as part of a club tour to promote the KISS album Revenge. The concert is the third in a series as part of Wizard World’s new Touring Unit, which brings vibrant live entertainment to Wizard World shows, building on its initiative to create an atmosphere of a weekend festival at every Wizard World show. “I’m excited to bring Rock & Roll back to Wizard World Comic Con in 2017,” said Simmons. “It will be great to meet fans and perform for them in Philadelphia.” Simmons, who has been a big hit in his first Wizard World appearance last year in Richmond and performed in front of a sold-out crowd in Cleveland this past March, is a multi-hyphenate entrepreneur and one of the world’s most recognized personalities. He co-founded KISS 42 years ago. KISS is America’s #1 Gold Record Award Winning Group of all time, in all categories (RIAA). KISS has sold over 100 million CDs and DVDs worldwide, is celebrating its 43rd year, and continues to sell out stadiums and arenas around the world, breaking box-office records set by Elvis and the Beatles. KISS was inducted into the Rock & Roll Hall of Fame at the 2014 induction ceremony, and the band is recognized with a star on the Hollywood Walk of Fame for its pioneering work.