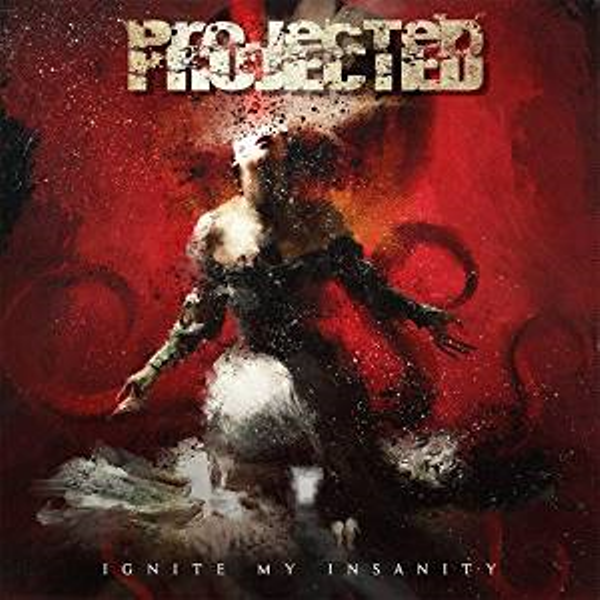 On the subject of Projected’s new record, John Connolly comments, “There are four very strong personalities in this band. Everyone has been in the business doing various things, from Alter Bridge to Creed to Sevendust to Tremonti and it took all those elements and sounds to make this album what it is!”

Scott Phillips adds, “We’re all part of other bands that we’ve put our heart and soul and life into and this was just a chance to extend that into somewhat of a different direction.”

Guitarist Eric “E-Rock” Friedman comments, “When I think Projected, the first words that come to my mind is a very raw and honest band.  Things aren’t overthought. It’s very organic.”

Says bassist Vinnie Hornsby, “We’ve been playing so long together, you know it’s kinda’ like a marriage to a certain degree, it really warms my heart to be able to play with my friends and these great musicians.”

Projected formed in 2012 when longtime friends John Connolly (Sevendust), Vinnie Horsnby (Sevendust), Scott Phillips (Alter Bridge/Creed) and Eric “E-Rock” Friedman (Tremonti) decided to create some music together. While all members are successful in their mainstay bands, Projected afforded the members a chance to explore some different ideas musically. In September 2012, the band self-released their debut album Human and is currently looking for breaks in their respective schedules to bring the music to their fans in a live setting.