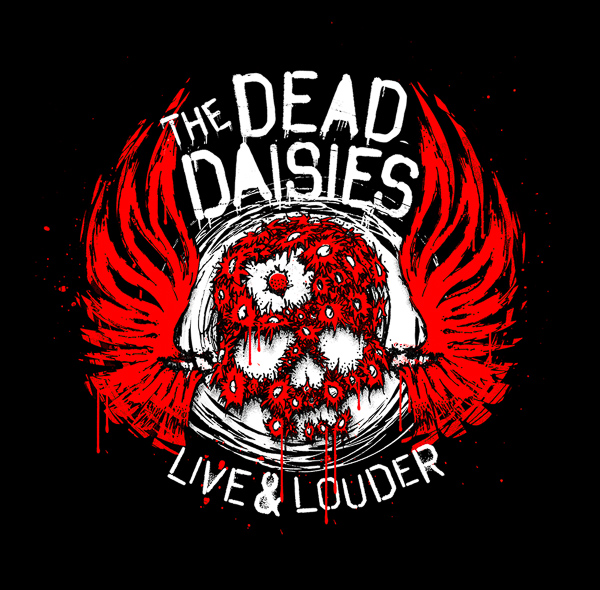 The Dead Daisies “Live and Louder” concert album and DVD was released this month by Spitfire Music and is a compilation of live performances throughout Europe in 2016.

From the show opener “Long Way To Go” to the finale “Midnight Moses,”  this CD packs a punch of energy and really captures the essence of a live performance.  The  16 song set includes a mix of the band’s most recent tunes, fan favorites like “Lock ‘N’ Load” and some outstanding covers.  Front man John Corabi gets the audience singing along, loud and proud, with the Who’s “Join Together” and the band hits a home run with Grand Funk Railroad’s “American Band.”  About a dozen songs into the set, Corabi introduces the band amid snippets of classics including “Low Rider” and “Walk This Way.”  In case you haven’t heard, the band’s outstanding musicians are Doug Aldrich and David Lowry on guitars, Marco Mendoza on the bass and Brian Tichy behind the drum kit.

I had the pleasure of seeing The Dead Daisies perform live when the band opened for KISS and listening to the CD brought back fond memories.  Watching the DVD did the same.  It’s a must have if you’ve seen the band.  The DVD is an added bonus that gives you a behind the scenes look at touring and how The Dead Daisies prepare themselves to take the stage.  It also includes music videos and a slideshow of fans.  If you’ve never seen The Dead Daisies in concert, this package is the next best thing and it is certain to have you seeking out one of their shows.  The live clips on the DVD include some old school film effects and I especially enjoyed the individual responses from each band member to pertinent questions about playing live.  An amazing photo booklet is also included.  Well done Dead Daisies!  On the final track of the CD, John Corabi passionately tells the audience “We are The Dead Daisies.  We thank you and we love you!”  To The Dead Daisies: “We love you too!”