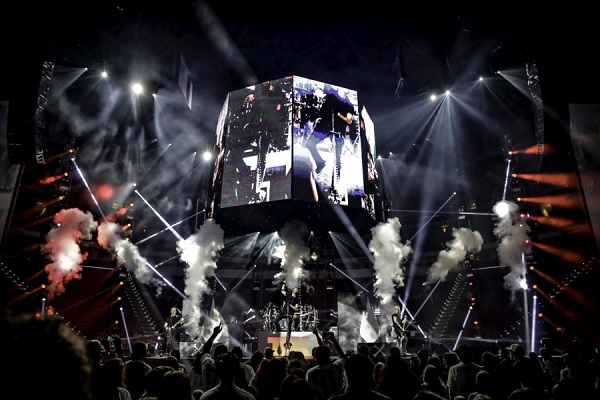 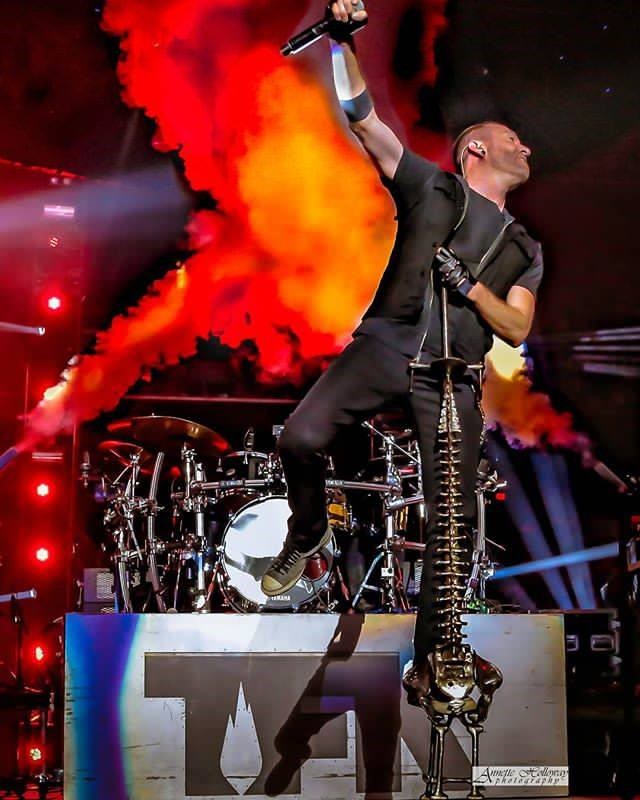 “This album really captures that high-octane energy and electricity you’re meant to have at a TFK show, giving our new and old friends a taste of what these last three albums sound and feel like!” remarks McNevan, one of the most charismatic and versatile frontmen in rock music today. “The live aspect has always been a big part of who we are as a band, and what people have come to expect from us.”

Untraveled Roads, the first live album from TFK since 2011’s Live At The Masquerade, represents a season of significant success for the band. With hits like “Courtesy Call,” “Running With Giants,” “War Of Change,” “Push,” “Untraveled Road,” “Let The Sparks Fly,” “Born This Way,” “Light Up The Sky” and “A Different Kind Of Dynamite,” the album well-represents the band’s last three indie records that have already garnered over 455,000 albums sold, two million digital downloads and more than 300 million streams.

Giving props to its fans for TFK’s success, McNevan says, “A band couldn’t ask for a more loyal and supportive audience of friends and family from all over the world. We feel truly blessed to get to walk this journey together with you, and don’t take a second if it for granted. Thank YOU to every single person out there across the globe that’s taken their time to listen, stream, share or support us in any way. Excited to see what’s in store on the next phase of this journey!”

12)   A Different Kind Of Dynamite

Ontario, Canada-bred TFK has been a continuously escalating highlight reel since their formation in 1997. With over 1.5 million albums sold, 12 Active Rock radio hits, numerous soundtrack slots, plus a massive presence in professional sports, the group has literally infiltrated every facet of pop culture. Continuing to receive ongoing ESPN appearances, as well as various NASCAR, MLB, NHL, WWE, NCAA and NFL airings (including the 2010 Super Bowl), TFK has songs featured in EA Sports’ NHL 2010 and 2013 video games and tallies about 30,000,000 monthly views in combined streaming across all of YouTube. Just since going independent in 2012, TFK has sold over 455,000 albums, two million digital downloads, garnered more than 300 million streams and charted nine Active Rock radio hits.

About The Fuel Music:

Established in 2008, The Fuel Music & Management, LLC, is a leading artist management and artist solutions company that independently distributes music internationally. Based in Tennessee, the Fuel team brings nearly 70 years of combined music industry experience in record label operations, major label distribution and marketing, and artist management for artists ranging from upstart bands to GRAMMY Award nominated, multi-platinum artists. More information on the company can be found at www.thefuelmusic.com.