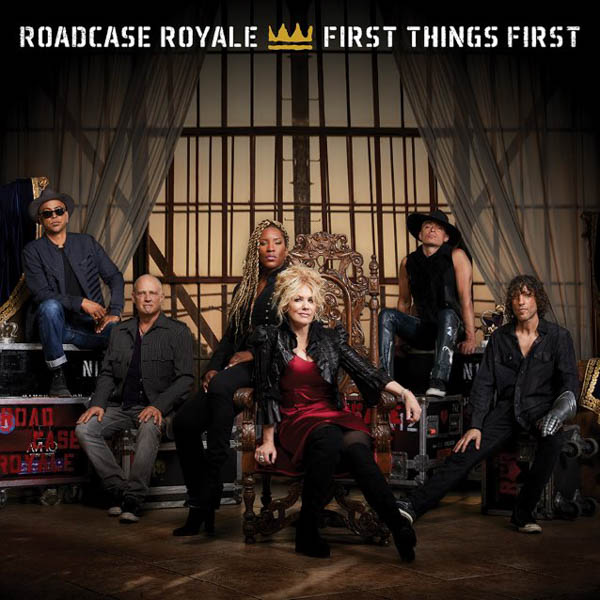 With Heart on hiatus, Nancy Wilson got the itch to put together a cool project that features former Prince & The New Power Generation singer Liv Warfield. Warfield brought on her guitarist from her solo work in Ryan Waters. Rounding out the rest of Roadcase Royale were integral parts of Heart; Ben Smith on drums, Chris Joyner on keyboards and Dan Rothchild on bass. The band did a few select dates in early 2017 while working on their debut release “First Things First.”
The laid back first single “Get Loud” starts off the album. The even flow of “Not Giving Up” picks up the pace some and Water’s guitar work makes the track one of the edgier ones on the album. Wilson and Smith drive “Hold on to my Hand.” Warfield’s voice shines on this track as she fluctuates between being soulful and powerful throughout.  Joyner’s wonderful keyboard playing is all over the positive track in  “Cover Each Other.” As the line goes, as friends and lovers, we “Cover Each Other,” well said!  Wilson takes lead vocals on “The Dragon.”  This track has nice guitar distortion to it and almost sounds a tad psychedelic. “Insaniac” might be the most complete track on “First Things First.”  This hard rocking blues based song has both Wilson and Waters playing off each other, bringing out the best in Waters.
The band redid two Heart classics on “Even it Up” and “These Dreams” that Wilson handles vocals on. I must say the band did a nice job taking a different approach on each song.  There’s also a live, fun track in “Mind Your Business” and the appropriately titled “Never Say Die.”  Can this be  a hidden message about Heart’s future?  We will see but for now, we have a really great introduction to Roadcase Royale with “First Things First.”