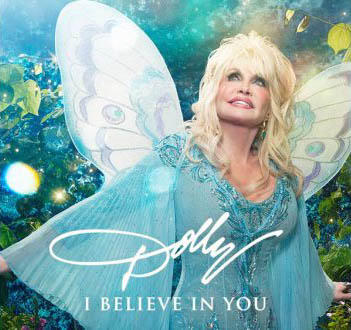 County music icon Dolly Parton has released her very first children’s album.  “I Believe In You” is uplifting and filled with positive messages for kids.  It’s presented in an easy to sing-a-long with fashion from the title track, “I Believe In You,” complete with a train whistle and a reference to the story of The Little Engine That Could to the final song “Brave Little Soldier,” carrying a message about being strong and carrying on with a ‘rum-pum-pum-pum’ likened to the classic 1958 Christmas Carol “The Little Drummer Boy.”

“Makin’ Fun Ain’t Funny” is a noteworthy tune with an upbeat approach to the typically downtrodden topic of bullying.  The anti-bullying sentiment is put forth as a celebration of differences.  This album features 13 catchy tunes in all, including a refreshed version of Parton’s 1971 hit “Coat of Many Colors.” The the rags to riches tale is based on a true story from this living legend’s childhood.  It’s the the second song on the album and later, a spoken-word recording of it brings this latest offering to a close.

Dolly Parton’s cheerful voice belts out lyrics filled with inspiration as she shares some life lessons that target an impressionable audience of youngsters.  This children’s album is instrumentally charming with infectious melodies.  All proceeds from its sales will benefit Parton’s Imagination Library,  an organization that she started some 20 years ago to encourage children to read.  If you have young children in your life, this one is for you…and for them!