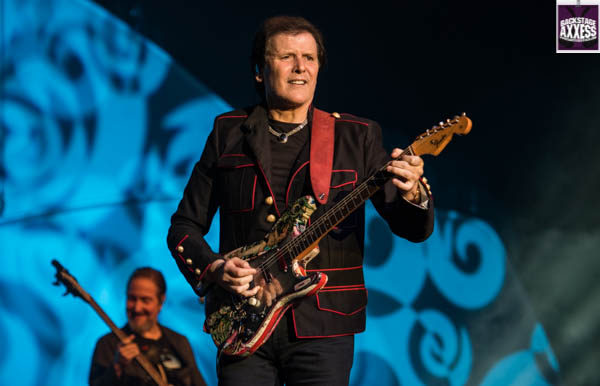 Buffalo has always been a Prog Rock hotbed supporting bands like Genesis, King Crimson & YES. It should come as no surprise that YES Featuring Jon Anderson, Trevor Rabin & Rick Wakeman captivated another capacity crowd at the Seneca Niagara Casino Events Center despite playing the market less than a year ago at the University of Buffalo Center for the Performing Arts.

While YES has endured several lineup changes since its inception in 1969, their majestic standard of  musicianship has never wavered. Their trailblazing compositions are indelible and the crowning reason the band were recently inducted into the Rock & Roll Hall of Fame this year.
YES mastered the Art of tempo change in the progressive rock LP era.  YES’ music you can say is described as weaving orchestral movements from a measured tranquility to euphoric soundscapes laced around the visceral vocals of Jon Anderson; whose voice bleeds with a sensual spirit and fervor.  While short in stature, Anderson’s celestial inflection which has embodied the band for nearly half a century, still soars to the heavens as he approaches his 73rd Birthday on October 25th.

All too often overlooked was the addition of multi-talented singer/songwriter producer & film composer Trevor Rabin that lead to the bands radio renaissance in 1983. With Rabin added to the fold, the newly formed lineup released their debut album “90125” and garnered YES their only number one Billboard hit “Owner of  Lonely Heart.” This came along with three more top ten singles in“Changes,” “It Can Happen” & “Leave It”.
Both shows in Buffalo within the past year were filled with smiles & pure joy from the stage to the last seat in the house. As mentioned in my interview with Rabin last year (Here), the only bittersweet element to the reforming of this era of YES is that avant-garde bassist and co-founding member Chris “Fish” Squire passed in 2015 and couldn’t be part of this reunion (or the long overdue 2017 Hall of Fame Induction).  In fact, it was the untimely death of Squire that was the catalyst to bring Anderson & Rabin who had been dancing around this idea since 2011 back to the studio to reform this version of the Band stated Rabin, “while Chris isn’t with us his spirit most certainly is, his passing is what made us all finally say screw it we really need to do this thing now…”  (*Editors Note: CHRIS Squire is the only member of YES to appear on all twenty-one YES studio albums released from 1969 to 2014.)
Last but most certainly not least of the ARW trio Keyboard wizard Rick Wakeman surrounded by his fortress of electronic gadgetry mesmerized the crowd with his grandiose command of the keys.

South paw Bassist Lee Pomeroy did an exemplary job representing the late great Squire while Drummer Lou Molino III laid the foundation for the complex arrangements that define the music of YES.
The veteran road warriors showed no signs of slowing down during the live performance playing for over two hours.  Wakeman & Rabin took to the conference center floor cavorting up and down the aisles with a jam interaction during an extended rendition of “Owner of a Lonely Heart” while Anderson and company held down the stage with an interlude of Cream’s “Sunshine of Your Love” mixed in for good measure.
To the delight of YES fans, all three members of ARW informed BackstageAxxess that new material is in the works and will hopefully be released in 2018.

South Side of the Sky

And You and I

Heart of the Sunrise

Photos by Gus Griesinger. We would like to thank Chip from Chipster PR for the credentials to review the show.