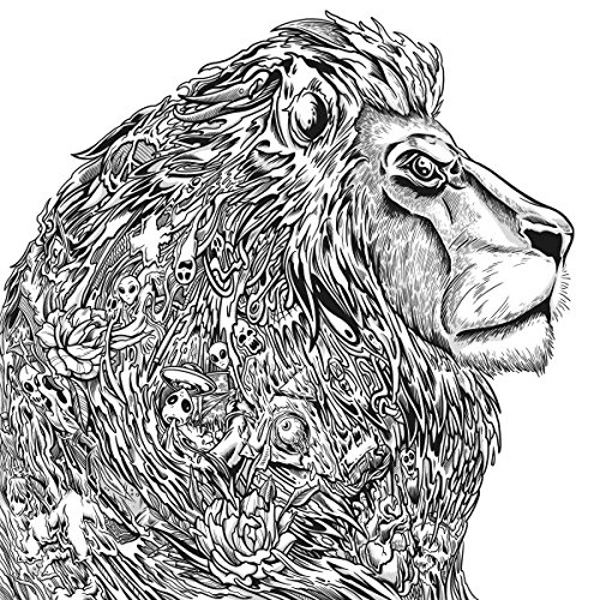 Since their 2008 debut album “Lipstick on the Mirror,” American hard rockers Pop Evil have made a name for themselves with  crunching riffs and great melodies resulting in such rock radio hits as “Hero” and “Trenches.”  For their recently released fifth album, the band has taken a slightly different approach experimenting with new sounds and coming out with the heaviest record they’ve ever made.  The self-titled album is also their first since the departure of drummer Chachi Riot and first to feature their newest member Hayley Cramer behind the kit.

The record kicks off with the lead single “Waking Lions,”  a thundering anthem about overcoming adversity showing off the skills of lead guitarist Nick Fuelling.   This is one that will have fists pumping in the air and a song that will really resonate with those currently struggling with problems of their own.   “Colors Bleed” is up next with a heavy rap metal feel that you’d be more likely to find on a Body Count album than on  a Pop Evil disc. Its raw attack has a real Rage Against The Machine vibe with politically charged lyrics inspired by the current state of the world.  It’s definitely a new sound for Pop Evil and they pull it off well continuing this formula on “Art of War.”

Musically the band sound better than ever with new drummer Cramer fitting right into the mix and frontman Leigh Kakaty  providing outstanding vocals.    Working with producer Kato Khandwala and taking  over a year to record the album seems to have paid off with  fresh new ideas.  The latter half of “Pop Evil” has a totally different feel  taking on a more alt-rock approach complete with electronic elements on “A Crime To Remember” and “When We Were Young.”   The slower paced “Rewind” brings the album full circle to close things out.

“Pop Evil”  definitely takes the band in some new directions but still maintains enough of their signature sounds  to keep long time fans happy.  Experimentation and growth are a good thing and have helped push Pop Evil to top of their game.