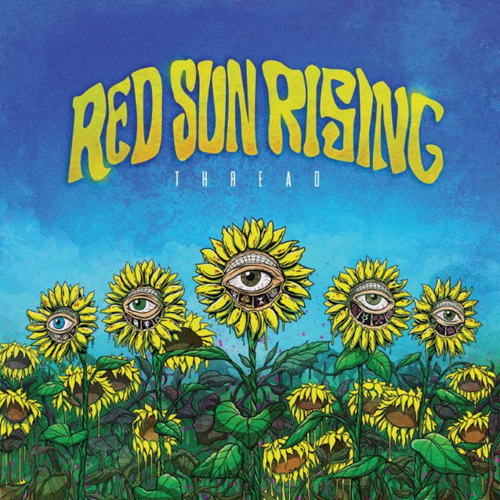 Ohio rockers Red Sun Rising began their meteoric rise to the top in 2015 with their full length debut album “Polyester Zeal.”  The record  spawned two back to back number one songs on the Billboard Mainstream rock charts with “The Otherside” and “Emotionless,” which earned them  spots in heavy rotation on rock stations everywhere.  A heavy touring schedule soon followed including spots on a bunch of major summer rock festivals.  The band has a knack for melody and an ability to write unique songs that criss- cross and encompass different genres and styles.

Led by the strong vocals of frontman Mike Protich, Red Sun Rising has recently released  their sophomore album “Thread.”  The new album is a logical step forward from their debut record as the band shows a new level of maturity and cohesiveness that encompasses the songs.  The lead single “Deathwish,” is a great tune with a catchy, melodic riff and a chorus that will have audiences on their feet.  Protich’s vocals are an amazing blend of soaring choruses, barely there whispers, and glorious shout outs to the rock and roll gods.  Along with Mike, the band utilizes rich and full backing vocals from guitarist Dave McGarry and bassist Ricky Miller resulting in some exquisite three part harmonies on tracks like “Fascination.”  Miller and drummer Pat Gerosid  are a solid rhythm section really driving the pace especially on “Veins.”  The sounds of a phone call open up “Benny Two Dogs” before guitarists Ryan Williams and McGarry let the guitars rip.  Closing out the album is “Evil Like You,” with a creepy intro and evil grooving riff providing a definite sinister vibe.

With superior songwriting and distinctive melodies, ” Thread” is a fantastic showcase for everything that Red Sun Rising has to offer.