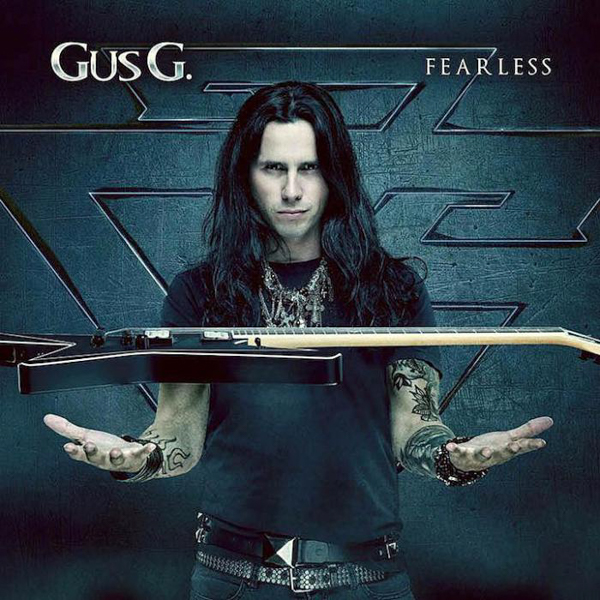 Greek guitar virtuoso Gus G. is a man that needs no introduction in the world of rock and roll.  The technical wizard is probably best known for replacing Zakk Wylde as lead guitarist in Ozzy Osbourne’s band but he is also the creative force behind the power metal band Firewind and has a successful solo career as well.

Gus G is a lot more than just a skilled guitarist.  He is also an outstanding songwriter and his latest solo release “Fearless” is a shining example with a great mix of  killer hard rock tunes and  shredding instrumentals.  Joining him on this outing are Firewind producer Dennis Ward (Pink Cream 69, Unisonic) on lead vocals and bass and Evanescence drummer Will Hunt behind the kit.  The record is full of rock solid songs from the hard crunch of “Letting Go” to the evil groove of ‘Mr. Manson.”  Ward’s vocals are spot on especially on the melodic rocker “Nothing To Say” and the anthemic “Last of My Kind.”  Gus G. is an absolute force to be reckoned with as he lets his fingers do the talking on the instrumental title track and “Thrill of the Chase.”  An great inclusion is a cover of the Dire Straits classic “Money For Nothing” as Gus puts his own spin on it resulting in a wickedly cool version of the tune.

“Fearless” is a fantastic new album that proves Gus G. is the complete package with sizzling leads, grooving riffs, and killer hooks.  This one is a must listen for all fans of hard rock and metal