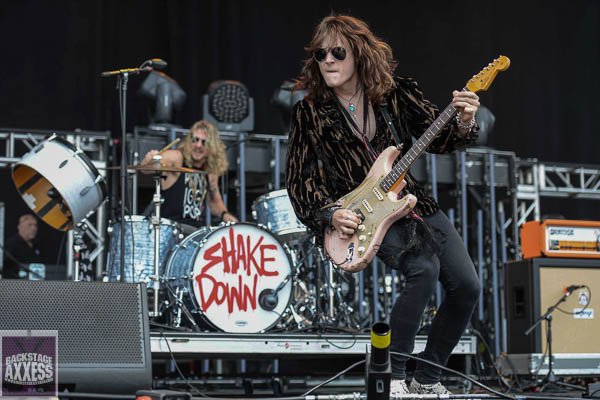 The largest rock festival in the US just had another great year under its belt. Rock on the Range draws music fans from all over the world and the 2018 edition delivered despite some hiccups on account of Mother Nature. Every outdoor festival has its own unique set of challenges and ROTR is no exception. Meteorological setbacks plagued the first two days, but thankfully the sky cleared up for Sunday. The evacuation term “Code Red” was a running joke throughout the weekend and numerous budding comedians called the festival “Rock on the Rain” …… like they thought of that first.

Obviously the music is the main draw for ROTR and always has been. 2018 offered a diverse range of artists that could appeal to nearly every rock music fan across three stages (Monster – Main Stage, Zippo and Bud Light – side stages). Fans that purchased Zippo lighters on-site were treated to intimate performances from the Zippo Encore stage. ROTR also caters to fans of stand-up comedy with the onsite Rolling Rock Comedy Tent.

Aside from the bands, Rangers had the chance to pick up many of their favorite band’s music and get it autographed at the FYE tent. Food is another huge element at ROTR. Popular choices amongst hungry Rangers were the perennial Island Noodles and personal Papa John’s pizzas. Of course, there were also numerous alcoholic options for thirsty rockers.

Due to only being one person, obviously I couldn’t catch all the acts (side stage acts ran simultaneously) but here are my impressions of what I was able to witness over the weekend.

Friday’s musical offerings were about as different as they could be. Mutoid Man brought the humor and the heavy during their set. Thrash metal band Power Trip crushed the Bud Light stage like…well, like an empty Bud Light can. The buzz worthy Greta Van Fleet opened their set with the huge hit “Highway Tune” and never let up during their highlight main stage performance. Appropriately, the amount of Greta Van Fleet shirts in the crowd tripled after their set. Actor/rapper Ice T and his band Body Count had the audience in the palm of their hands with their brand of political crossover thrash. Later came A Perfect Circle featuring frontman Maynard James Keenan performing under lights in full view of fans, a sight rarer than Bigfoot or the Loch Ness Monster. ROTR veterans Alice in Chains closed out Friday with an emotional set containing a couple Soundgarden covers dedicated to Chris Cornell who passed away a year prior to the day.

Bad weather reared its ugly head when a Code Red evacuation happened Saturday morning before bands could even get started, so this bumped Them Evils’ set to the following day. After the rain passed, Like Moths to Flames got things going on the Zippo stage performing to an enthusiastic, albeit damp, group of Rangers. New Years Day opened the Monster Energy main stage as the sun finally graced ROTR with its presence. People really seemed to get into their cover of Pantera’s “Fucking Hostile.” Detroit’s Wilson put on an energetic show at the Bud Light stage closing out with their amusing song “House of Fuckery.”  One of the more bizarre events of the day was the Andrew W.K. Pizza & Taco Party which was a meet-and-greet/signing held at The Music Experience tent. Attendees got W.K.’s autograph, a slice of Papa Johns, and a Taco Bell taco. Now that’s rock n’ roll.

More storms brought on another Code Red in the afternoon, but this time it shut the festival down for several hours. Thankfully, the ROTR organizers put together a new late night version of Saturday’s schedule and most acts still got to play. Comedy tent headliner was JB Smoove of Curb Your Enthusiasm fame. Smoove left the audience in stitches and signed autographs for fans following his set. Andrew W.K. got everyone partying hard and shaking off the rain at the Bud Light stage. Lead singer Matt Heafy and the rest of Trivium were obviously having a blast during their set on the Zippo stage, despite the weather setback. Stone Sour are no strangers to ROTR and performed like pros. Their show was the best lead in for the over-the-top stage show of Avenged Sevenfold to round out Saturday’s events.

After a couple of rainy, dreary days it was nice to finally see the sun for most of Sunday. The music for the day started off with a decidedly rocking start. The guitar-driven chunk of Them Evils, Joyous Wolf, and Tyler Bryant & The Shakedown was a welcome sound to my ears and the talent of these three bands bodes well for the future of the rock music scene. Red Sun Rising owned it on the main stage and the first crowd-surfers of the day showed up during their set. New Zealand’s Like A Storm marked the first time I’ve seen a didgeridoo used at a rock show. The Savannah, GA-based metal band Baroness gave an inspiring performance containing songs from their Purple record. Throngs of people went to see anime band Baby Metal close out the Zippo stage before heading in to see the remaining main stage acts.

Stone Temple Pilots made their return to the ROTR, but this time with new lead singer Jeff Gutt. STP ripped through their set and new songs like “Roll Me Under” fit incredibly well amongst the classics. Second to last on the main stage was Godsmack, who put on one of the best shows of the whole weekend. Not to say that pyrotechnics are required for a great outdoor rock show, but it certainly doesn’t hurt. The last performance of ROTR 2018 was probably the most controversial. It is no secret that Maynard Keenan is eccentric and he didn’t disappoint in that regard. Tool’s performance was the polar opposite of A Perfect Circle’s Friday set in that Maynard was obscured in darkness and the band did not allow the festival to film them for the large video screens. Sonically the set was amazing, but having this lack of visual connection with the band seemed to run sour with the audience. After Tool played “Schism,” many in the crowd decided to head for the exits. The lasers were cool and all, but it seemed like most just wanted to see them play.

In the end, ROTR 2018 triumphed over the bad weather and the crowd’s Maynard opinions. While huddled under stadium bleachers during storms, a lot of good conversations happened that may not have happened otherwise and that’s never a bad thing. Friends were made and good times had by most. It will be exciting to see what’s in store for the 2019 edition!

Hail to the King

A Little Piece of Heaven

Down in a Hole

The One You Know 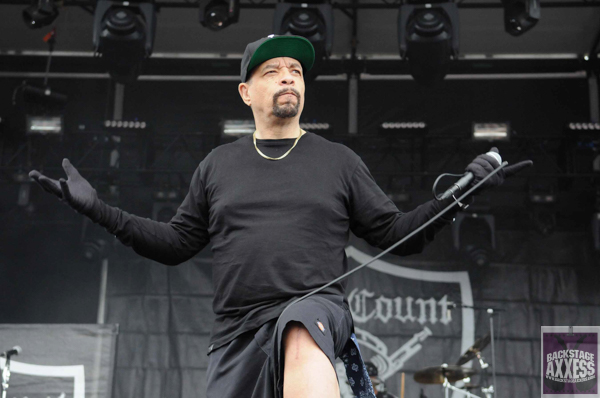 Photos by Miss Shela. We would like to thank  Kristine Ashton-Magnuson from ASHTON-MAGNUSON MEDIA for the credentials to review the show.