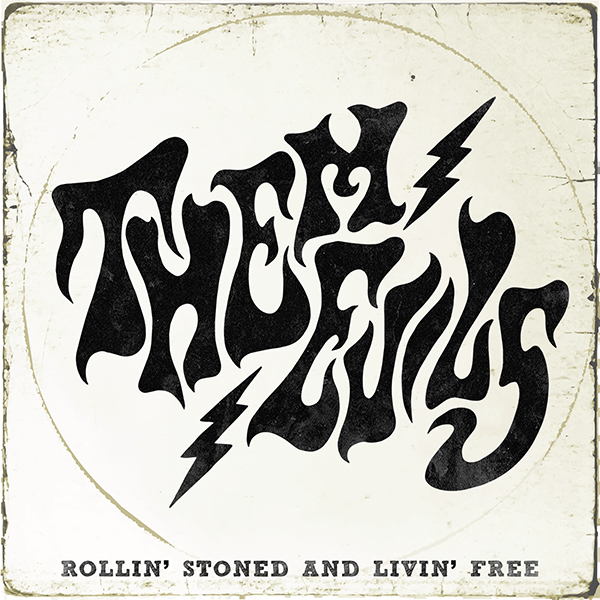 Southern California rockers Them Evils are on their way to the top with the release of their recent EP “Rollin’ Stoned and Livin’ Free.”  The up and coming band has already toured with some of the hottest acts in rock including opening for Zakk Sabbath and The Pretty Reckless.  This past few weeks has seen them hit major festivals like Carolina Rebellion and Rock on the Range expanding their ever growing fan base.

With the help of producer Kato Khandwala, Them Evils have given rock fans something to truly be excited about.  Full of blues based riffs and huge, hook laden choruses,  their new EP is raw rock and roll at its finest.  Vocalist and guitarist Jordan Griffin provides the crunching riffs and husky vocals on hard rocking tunes like “Got Me Rockin'” and intense fiery leads on “Have One On Me.”  The rhythm section of bassist Jake Massanari and drummer David Delaney II shine with the down and dirty groove of “Gets Me High,”  a cool, sleazy little number that makes you want to get up and move.

With the crispness of AC/DC and the bluesy vibe of Led Zeppelin,  Them Evils is classic seventies rock for the modern age.  Well done  boys!