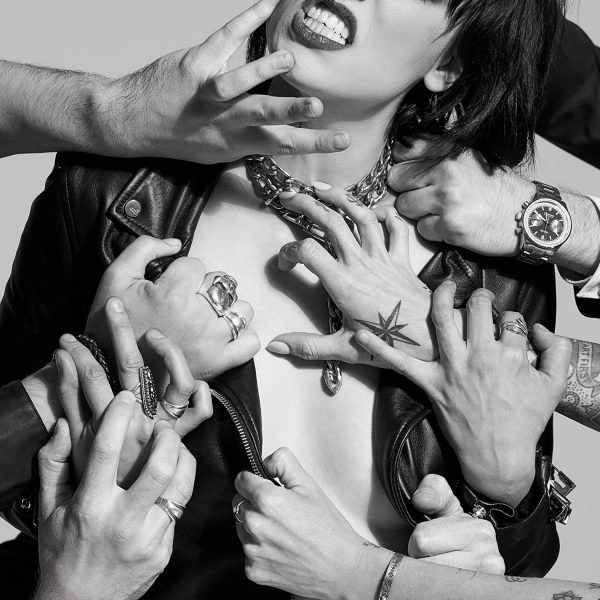 Ever since their self-titled debut album hit the airwaves in 2009, Halestorm has been a driving force in the world of modern hard rock. With searing riffs, catchy hooks, and the unmistakable vocals of frontwoman Lzzy Hale, Halestorm have proven themselves time and time again, earning them top charting albums and even a Grammy award. The band has been touring relentlessly for years and never fails to deliver an excellent live performance, something that has won over the hearts and souls of their fans around the world. Halestorm is back with their fourth full length album and first new music since 2015, “Vicious.”

The record opens with the piercing scream of Lzzy on the crushing rock track “Black Vultures” and it is clear from the first note that “Vicious” will be just that, a powerhouse of a rock album.   With searing leads from guitarist Joe Hottinger and crushing rhythms from bassist Josh Smith and drummer Arejay Hale, Halestorm continues the assault on your senses. The attention, not surprisingly, is focused on the distinctive voice of Lzzy Hale who is front and center in the mix. She adds true depth to the songs both musically and emotionally as she is both powerful and poignant playing both angel and devil depending on the need. The lead single “Uncomfortable” is a real in your face track as Lzzy sings the tale of doing what she wants when she wants and gives a big middle finger up to anyone who doesn’t like it. The band has always had a measure of sexual tension to their music and tracks like “Do Not Disturb” and “Conflicted” practically ooze with sexuality and angst. The album was recorded in Nashville at Rock Falcon Recording Studio and was produced by superstar Nick Raskulinecz giving the album a clearly modern feel without sacrificing the rawness of Lzzy’s performance. As the saying goes, sometimes less is more and indeed some of the simpler, stripped down songs prove to pack the biggest punch. The stripped down acoustic number “Heart of Novocaine” is full of power and passion with a raw, edgy vocal from Lzzy and some fantastic bass work from Josh Smith. The album closer “The Silence” has a real Fleetwod Mac type vibe in the beginning with a jangly guitar and a smoldering vocal before the chorus simply overpowers you with its simplicity. When Lzzy shouts “I feel you, I see you,” you begin to think she is singing privately to you. It’s a great showcase for her voice and a perfect way to wind down the record.

“Vicious” proves that hard rock is alive and well and I hope that Halestorm keeps waving their rock and roll freak flag for many years to come.