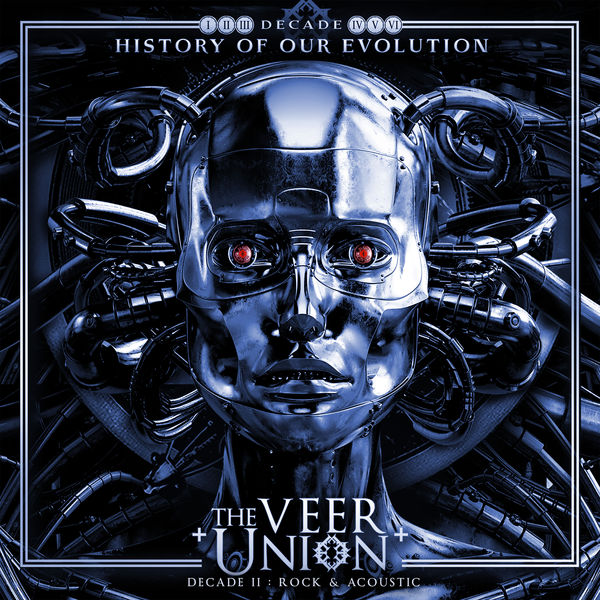 The last decade has been a good one for Vancouver rockers The Veer Union with over 100,000 albums sold,  20 million streams and 7 Top 40 singles on Billboard Rock Radio Charts.  To celebrate the tenth anniversary of their first commercial album release, the band has released the impressive “Decade II:Rock & Acoustic” album.  The eighteen song collection contains some of their biggest hits, four new songs, and previously unreleased acoustic versions  as well.

The Veer Union’s sound is a great blend of rock, metal, alternative, and electronic with fantastic songs full of melodic hooks.  The first half of the record features the rock versions of the tunes with huge choruses and lots of electronic effects.  Vocalist Crispin Earl has an amazing voice and the band sounds on top of their game throughout.  “Living Not Alive” and “Last Regret” really up the ante with energetic performances and are highlights of the album.  There are also a few cover songs included with an interesting version of Faith No More’s “Epic.”  The songs is well done and showcases the wonderful contrast of Earl’s vocals, snarling and screaming on the verse and soulfully soaring on the chorus.  The band pays tribute to the late Chester Bennington of Linkin Park  with an acoustic cover of “Numb” with a stellar, poignant vocal from Crispin who has had his own battles with depression. The rest of the album contains acoustic versions of the songs we heard earlier.  Usually, this part of the album comes off as filler but that is certainly not the case here.  All the stripped down versions are extremely well done.  In fact, I prefer many of the acoustic versions over the originals.  With less effects and simple guitars,  Crispin’s vocals really stand out in the mix making it much easier to appreciate the power and purity of his voice.

“Decade II:Rock & Acoustic” is a nicely done career retrospective for The Veer Union that gives fans a chance to hear some of their favorites in a new and different light.