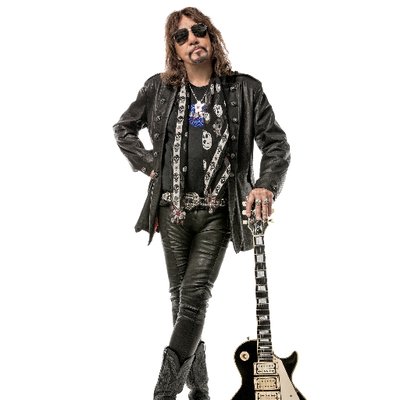 Former KISS guitarist Ace Frehley has decided to part ways with the solo band that has backed him on his most recent tours: Richie Scarlet on guitar, Chris Wyse on bass and Scot Coogan. He tells “The Cassius Morris Show” in a brand new interview (hear audio below): “I’m changing the lineup in my band. I’m actually gonna start working with the band that backed up [KISS bassist/vocalist] Gene [Simmons on his recent solo tours]. I worked with them in Australia, and they also did eight shows with me in Japan. And I realized that… I think they were better than my current lineup, so I’ve decided to make a change. They’re younger and more hungry.”

Asked by “The Cassius Morris Show” if he feels a sense of closure about his time with KISS, Ace said: “Well, I was one of the founding members of KISS and made KISS what it is today. [Current KISS guitarist] Tommy Thayer was just trying to copy everything I created — he hasn’t come up with one inch of anything original. From what I read on the Internet, I think the fans really want me back in the band. I’m doing fine without KISS, but if it was offered to me in the right way, I’d seriously consider returning for the last tour. But I haven’t been asked yet, so it’s kind of up in the air.”

Frehley — whose new solo album, “Spaceman”, will be released via eOne on October 19 — first left KISS in 1982. He rejoined in 1996 and parted ways with the band once again in 2002 after the conclusion of their first “farewell tour.”

KISS frontman Stanley recently told the “Rolling Stone Music Now” podcast that while he doesn’t rule out the possibility of guest appearances by former members during the “End Of The Road” tour, he doesn’t promise anything either. “I really can’t say,” Stanley said. “This will be a celebration of KISS and not any individual lineup or any individual members. I wouldn’t rule anything out, but it’s not the crux of what we’re doing… and I’m not being coy either. I don’t want to mislead anybody. That’s not something that’s been given a lot of thought at this point. The majority of our time has gone into what is the stage going to be, what is the show going to be, and we’re actually in the midst of toying with setlists now.”