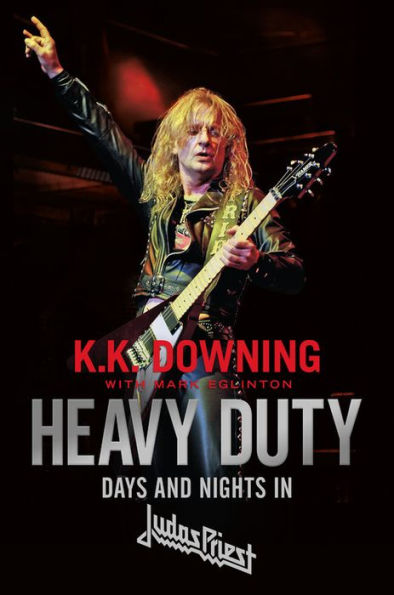 The late seventies and early eighties saw a resurgence in the world of rock music as new heavy metal bands began to emerge on the scene.  The movement would become known as the New Wave of British Heavy Metal and would soon sweep across the ocean from the UK and take the US by storm. At the heart of this evolution was the legendary British rock band Judas Priest leading the charge. The iconic band would go on to sell over 50 million records and become a force to be reckoned with, touring relentlessly and forever changing the world of heavy metal with not only their music but their leather and studs fashion statement.

In 2011, after forty plus years in the band, founding member and guitarist K.K. Downing would quit Judas Priest. After remaining silent for years, K.K. has recently released a book chronicling his life in music and his time in the illustrious Judas Priest. To fans, it seemed like Downing’s departure came out of nowhere but in “Heavy Duty-Days and Nights in Judas Priest,” K.K. reveals that leaving the band had been on his mind for years. In the new book, Downing goes back to his childhood growing up in England and talks about the effect those early years had on his future relationships both personal and within the band. Working with acclaimed writer Mark Eglinton, the book is an easy and interesting read. Metal fans will appreciate the sections that focus on the formation of Judas Priest and their road to success. What may come as a surprise to many fans is Downing’s reluctance to rock the boat within the band, agreeing to things simply to keep the peace and the difficulties that arose between himself and fellow bandmate Glenn Tipton over the years. Of course, things aren’t all serious; this is the story of a rock star after all and with it comes the requisite tales of touring and recording and the partying that goes along with it.

“Heavy Duty” is a must read for all fans of heavy metal and especially for fans of Judas Priest as K.K. finally tells his tale. Don’t miss the opportunity to find out all that he has to say.