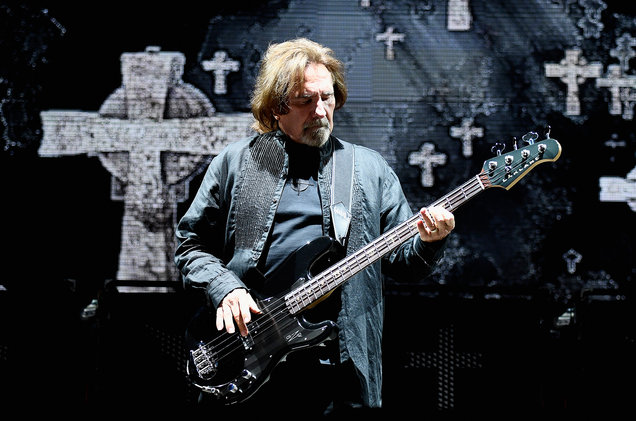 Band members dropped the news by posting a few teasers of the new outfit’s music on their social media pages. Deadland Ritual will perform on the main stage of France’s Hellfest in June.

Butler performed his last show with Black Sabbath in February of 2017, putting an end to the metal godfathers’ touring career.

In an interview with Rolling Stone last year, Butler said he had “about 120 riffs written down and I’ve just got to pick a guitarist and sort through them.” Well, it looks like he found the right guitarist in Stevens, who penned such classics as “Rebel Yell” and “Eyes Without a Face” with Billy Idol.

Take a listen to some clips of Deadland Ritual’s music below.

Butler‘s last solo album, “Ohmwork”, which was released under the band name GZR, sold less than 900 copies during its first week of release back in May 2005, according to Nielsen SoundScan. Geezer‘s first project under the GZR banner was 1995’s “Plastic Planet”. 1997’s “Black Science”, which was credited to GEEZER, featured vocalist Clark Brown, who also performed on “Ohmwork”.

A founding member of BLACK SABBATH, Butler is also the lyricist of such SABBATH classics as “War Pigs”, “Iron Man”, “Paranoid” and others.