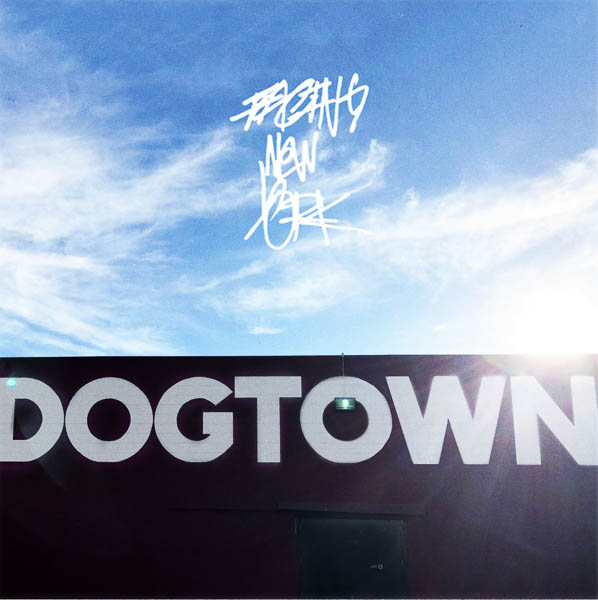 It’s been ten years since we’ve heard any new music from the Bay area alt-rock band Facing New York, but they are finally back on the scene with a new nine track album “Dogtown” out via the Nice Life Recording Company.  The band is the passion project of Eric Frederic, also known as Ricky Reed, the Grammy nominated producer and songwriter for such big name acts as Twenty One Pilots, Kesha, and Maroon 5.  Eric handles lead vocals and guitar along with friends  Brandon Canchola on bass and Omar Cuellar on drums.  A ten year hiatus has proved beneficial for the trio as they have live through life’s ups and downs, maturing both personally and musically in the process.

The new album has a real garage band feel to it with Frederic’s signature vocal style and grinding guitar work.  The title track is a slow grind of alternative rock mastery with a real grunge era feel to it.  The three friends have never sounded better as they flow seamlessly from track to track. “Gods of the Good Shit” is a standout love song, although perhaps an atypical one, that is full of the emotion that comes from having experienced love gone wrong and realizing when something good comes into your life.  “Trouble” has a laid back vibe with lyrics both simple and true, “Some people just got trouble.” The album has a great stripped down, raw feel to it and will be an easy listen for fans both old and new.

They say timing is everything and  now seems to be the perfect time for Facing New York to both celebrate the past and embrace the future with “Dogtown.”