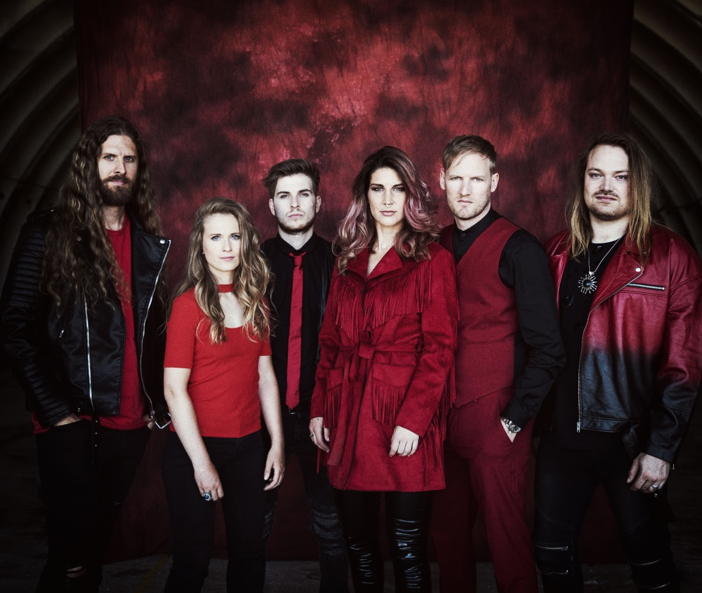 DELAIN Release Official Live Video For “Nothing Left (feat. Marco Hietala)”
New Live Album + BluRay Hunter’s Moon Hit The Charts Worldwide!
The soulful and bombastic ballad “Nothing Left” from DELAIN’s second album April Rain is one of the multiple classics the band have created in their 17-year career. Performed together with Nightwish’s Marco Hietala, “Nothing Left” marked one of the highlights of the show at the infamous Utrecht Tivoli on the Danse Macabre Tour 2017.
This show was recently released as the live album + BluRay Hunter’s Moon on Napalm Records. Now you can watch the stunning live performance of “Nothing Left” and get a taste of what to expect on Hunter’s Moon.
DELAIN on the new video, “2019 marks 10 years since we first released “Nothing Left” on April Rain. Nowadays it’s a rare treat to see the track performed at one of our live shows, but it hasn’t lost any of it’s power in the decade that has passed. Performing Nothing Left together with Marco Hietala was one of the highlights of the night in Tivoli, and in fact, the entire show felt like a highlight; it was one of my favourite shows of our career so far. You can relive the night through our new EP/Blu-Ray Hunter’s Moon. As it was the first time we did an entire tour with Marco as a guest, all songs featuring him, including Queen cover ‘Scandal’ are included, and the video for Nothing Left is now available on Youtube. We hope you enjoy it!”
Marco Hietala about the Danse Macabre Tour, ”I was really pleased to do the tour, because it gave me a chance to challenge myself in different surroundings and band dynamics. In the end it comes down to the same old but great thing. I love doing good shows with good people for good audiences. All for one and one for all!”
“Hunter’s Moon” is a thrilling live album, accompanied by a live BluRay from their sold out Danse Macabre tour across Europe in 2017, which featured multiple guest musicians including Nightwish’s Marco Hietala. It is the final in the trilogy that started with their EP Lunar Prelude and their full album Moonbathers in 2016.
“Hunter’s Moon” hit the charts worldwide and Billboard featured them in their series “Emerging Artists Spotlight” right after album release:
#24 (German Album Charts)
#24 (Swiss Album Charts)
#54 (Dutch Album Charts)
#65 (Billboard Top 200)
It is now available everywhere!
Buy “Hunter’s Moon” HERE.