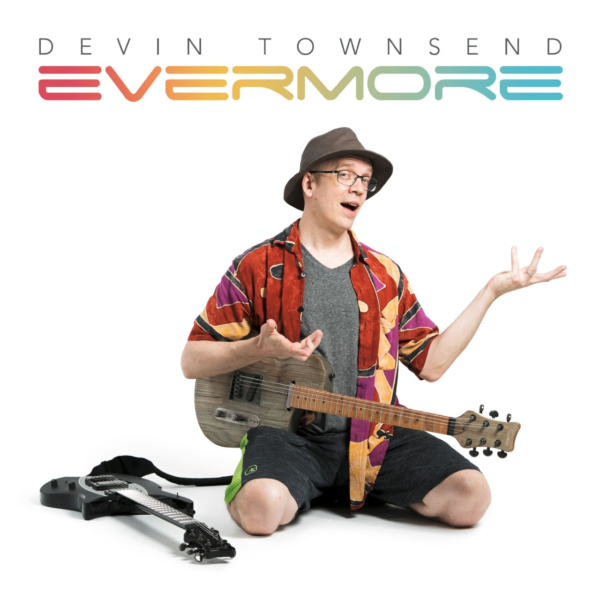 EMPATH DUE OUT MARCH 29th

Canadian heavy music artist Devin Townsend recently announced the release of his forthcoming new album EMPATH due out March 29th 2019 via InsideOut Records. Today sees the launch of the next song released from the album. Watch the epic new video for “Evermore” here: https://youtu.be/-zIxPUPWVq8.

Devin explains in a letter direct to his fans: “So with the release of Empath fast approaching, and people having had various chances to hear the album, the reactions are pretty much what I expected: Those interested in the more artistic and free form side of what I do really seem to like and understand it, and those looking for the more commercial or rocking side of what I do are maybe not so convinced 🙂

The initial plan was to release a more commercial song next (the sole one on the album, ‘Spirits Will Collide’) but the video we’ve been working on for that is hilariously ambitious and we needed a bit more time. Therefore, we opted to release this song, ‘Evermore’, as a way to bridge that gap. It’s slightly in the same vein as ‘Genesis’ on some level I suppose, but a little more groovy and a bit less fractured in terms of structure.

The lyrics are not as much about a bored space cat crash landing on ‘planet fear’ in a literal sense, but I guess that’s easier to articulate with visuals at this stage than ‘yet another song about trying to work through one’s own mid-life bullshit to find some sense of self-actualization’, though perhaps with more time, it will resonate further with that. Thanks to Wayne, Josh and Miles for the tag team animations.

The drums on this particular track are all Anup Sastry, (who is a great guy who loves his dog) and the Elektra choir helps out a lot again. I’ve got a strange relationship with singing at this stage of my career so I really appreciated the support.

I encourage you, (if you like this sort of stuff, that is) to check it out in headphones. There’s a fair amount of candy in this song I spent a long time on. I think it’s streaming now too…

Thank you sincerely. The album is meant to be of some help in a weird way.  – Dev”

On this album Devin has decided to see what would happen if all the styles that make up his current interests were finally represented in one place. To finally shake the fear of expectation and just do what it is he was meant to do creatively; EMPATH, true to the name, is about allowing the audience a feeling for a variety of musical emotions. The musical dynamics represented on this single album are broad, challenging, and immense. To approach this sort of work with a long history of what makes heavy music “heavy,” allows this to be done with a type of power rarely heard. This is a statement about not only pursuing creative freedom in a conservative scene, but also trying to show that heavy music is truly a valid musical tool. EMPATH will be released on Limited 2 CD Digipak in O-Card (including an entire disc of bonus material), Standard CD Jewelcase, Gatefold 180G 2LP Vinyl + CD + LP-booklet & as digital album. Pre-order now here: https://devin-townsend.lnk.to/Empath

The full track-listing is as follows:

Part 3 – There Be Monsters

In the lead up to the album’s release, Devin will walk fans through how EMPATH came together with a series of documentary episodes recorded as phone conversations during the course of the albums recording. Watch the first episode of that series here: https://youtu.be/y4sJ8odko2Y.

Over the past few years, the success that Devin has slowly worked for has fortunately come with the power to control his own creative destiny. The recent successes with the DVD from a sold-out Royal Albert hall, or his 2012 ‘Retinal Circus’, or last year’s ‘Ocean Machine’ live DVD with the Orchestra and Choir of State Opera Plovdiv has put him in a position where with the new album EMPATH, he will once and for all define himself as a musical force outside of any particular genre classification.