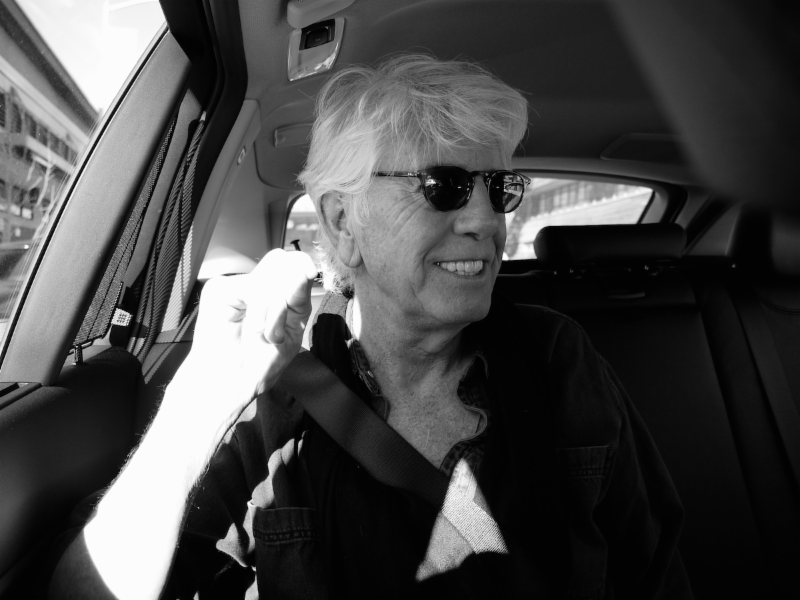 Legendary artist Graham Nash has announced select fall dates at which he and his band will perform both his debut and sophomore solo records – 1971’s Songs for Beginners and1973’s Wild Tales – in their entirety, plus other favorites. Those dates are South Orange, NJ’s South Orange Performing Arts Center on September 26, NYC’s Town Hall on September 27, as well as shows in Albany, NY on September 28 and Boston, MA on September 29. For ticket information visit: https://www.grahamnash.com.

Songs for Beginners, released in 1971, was Nash’s solo debut apart from Crosby, Stills, Nash & Young and was recorded in the immediate aftermath of Nash’s breakup with Joni Mitchell. On it are timeless classics like “Chicago/We Can Change the World” and “Military Madness” – a song that remains as relevant today as it was then – “I Used to Be a King,” “Simple Man,” and many others. Nash’s solo follow up was 1974’s Wild Tales, featuring beloved songs like “Oh Camil,” “Prison Song,” “Another Sleep Song,” and “I Miss You.”
Nash said, “The experience of revisiting the music I made almost 50 years ago, live in front of an audience, gives me the chance to actually play the songs as was envisioned those many years ago. Each ‘side’ of the album was programmed as a short 20-minute suite, a musical journey to be taken not really knowing or caring where that journey would take the listener. I look forward to rediscovering my music and sharing it with the audience.”
Nash and friends will perform both albums in full plus favorites from his days in the Hollies through his years with Crosby, Stills & Nash and from his beloved solo recordings, weaving anecdotes and tales from his 50-year career throughout the evening.
No Depression proclaimed of a recent tour date, “Nash walked the audience through his catalog, a rich tapestry of music spanning more than five decades, accompanied by Shane Fontayne on guitar and vocals. Touring in support of his latest release, This Path Tonight, the strength of the material and the resilience in Nash’s voice made for a wonderful evening. And, as the crowd soon discovered, the new songs were every bit as vital as the classic anthems they came to hear.”
Graham Nash is a two-time Rock and Roll Hall of Fame Inductee and two-time Songwriter Hall of Fame Inductee, Grammy Award winner, a New York Times best-selling author, and Officer of the Order of the British Empire (O.B.E.)
In 2018, he released Over the Years…, a 2-disc collection of Nash’s best-known songs from the past 50 years and more than a dozen unreleased demos and mixes.
On January 31, the UK Americana Music Association presented Nash with its highest honor, the Lifetime Achievement Award, which was presented to Nash by Hollies’ co-founder, Allen Clarke. Past recipients of the award include Richard Thompson and Robert Plant.
2019 NORTH AMERICAN TOUR DATES
*Songs for Beginners and Wild Tales in full, plus other favorites
MAR 15 2019 – Carnegie of Homestead Music Hall – Munhall, PA
MAR 16 2018 – Akron Civic Theatre – Akron, OH
MAR 17 2019 – Athenaeum Theatre – Chicago, IL
MAR 20 2019 – Royal Oak Music Theatre – Royal Oak, MI
MAR 22 2019 -The Palladium at the Center for the Performing Arts – Carmel, IN
MAR 23 2019 – Walker Theatre – Chattanooga, TN
MAR 25 2019 – The Barns At Wolf Trap – Vienna, VA
MAR 27 2019 – The Barns At Wolf Trap – Vienna, VA
MAR 28 2019 – The Barns At Wolf Trap – Vienna, VA
MAR 29 2019 – West Virginia University Creative Arts Center – Morgantown, WV
MAR 31 2019 – The Queen – Wilmington, DE
APR 2 2019 – Beacon Theatre – Hopewell, VA
APR 3 2019 – Fletcher Opera Theatre – Raleigh, NC
APR 4 2019 – McGlohon Theater – Charlotte, NC
SEP 26 2019 – South Orange Performing Arts Center – South Orange, NJ*
SEP 27 2019 – Town Hall Theatre – New York, NY*
SEP 28 2019 – The Egg – Albany, NY*
SEP 29 2019 – Berklee Performance Center – Boston, MA*