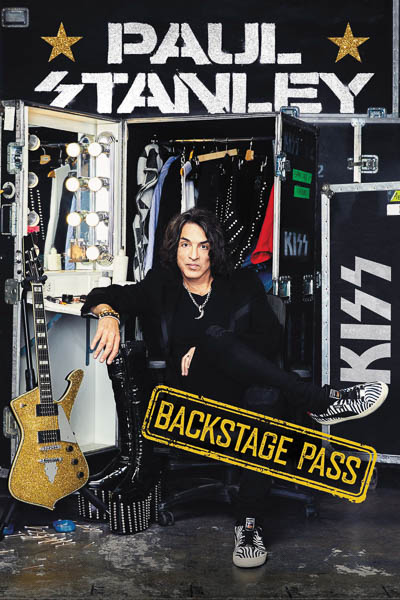 KISS founding member Paul Stanley has been quite busy lately. The band just ended the 1st run of The End of the Road Tour before they head to Mexico in a few weeks. Before that happens, Stanley will be doing some promotional appearances for “Backstage Pass”his new book. This is the follow up to his 2014 autobiography “Face the Music.” For many fans who pick up the book they must be aware that is quite the left turn from his first book. Stanley decided to really focus on his thoughts on towards helping others through positive word.

The book starts off about how he was able to change the relationship with his dad (for the better) due to the writing of his first book. Stanley states this book is his approach to success and living the good life with healthier mind & body. It’s about you changing you… and you can according to Stanley. Its about taking control of one’s life. He wants everyone to succeed. Stanley tells us about an experience he had that was an A-ha moment for him. This was described on how a woman called him out on how he was treating people on the Dynasty tour.  He says this woke him up and changed on how he viewed others and to treat others on how you would expect to be treated. The whole book is about various areas on how to approach and attack things. How to make a better you.

There are many parts of the book that talks about better cooking and how to go about it. Stanley talks about the history on how he got involved with it originally as well. A quote he states is “The discipline we have in we don’t eat allows us the freedom to eat what we do eat.” Stanley also talks about his thoughts on his first marriage and what he learned from it to take into his second marriage.  He talked about his family and how its shaped to make him the person he is today.

Stanley says he can’t see his life without Soul Station, cooking and painting. They are all who he is. Stanley remarks his life is “full of wonder, and he will never know where it will go next!” He wants to make sure that he will be smiling until the end.

For those expecting dishing the dirt on all things KISS, you will be disappointed. If your’re looking to see what makes Stanley tick and his thoughts and opinions on life and how his success can transfer to you, then this is the right  book is for you.