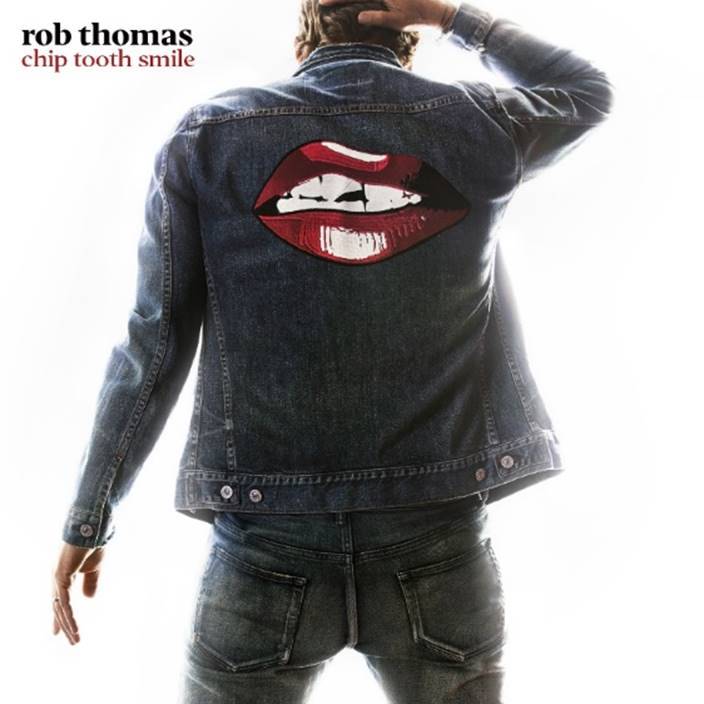 MULTI GRAMMY®-WINNING SUPERSTAR TO EMBARK ON

“I was writing about experiences I’ve been through that I could’ve only been through by getting older, by facing mortality, by having a son, by having a family, and by having responsibilities that I didn’t have when I first started out” said Thomas of the album. “It’s very autobiographical about where I’m at now and where I’m headed.”

Chip Tooth Smile was heralded by lead single “One Less Day (Dying Young),” which Thomas performed this morning on ABC’s Good Morning America (WATCH) and earlier this month on The Ellen DeGeneres Show (WATCH). The song is continuing to see success at Hot AC radio, currently approaching the top 10. The album also includes standout tracks “Timeless,” inspired by classic songs of the 80s, and “I Love It,” which is currently being used nationwide for the 2019 NBA Playoffs (WATCH).

This summer will see Thomas hitting the road for his extensive North American Chip Tooth Tour with special guest Abby Anderson. The outing kicks off May 28th in Red Bank, NJ at the Count Basie Center for the Arts and will continue through early August (tickets available now). Each ticket purchased online for the North American tour comes with a digital download of the new album. For further details and ticket information, please visit http://www.robthomasmusic.com.

6. The Man to Hold the Water

9. Early in the Morning

Rob Thomas is one of the most distinctive artists of this or any other era – a gifted vocalist, spellbinding performer, and acclaimed songwriter known worldwide as lead singer and primary composer with Matchbox Twenty as well as for his multi-platinum certified solo work and chart-topping collaborations with other artists. Among his countless hits are solo classics like “Lonely No More,” “This Is How A Heart Breaks,” and “Streetcorner Symphony,” Matchbox Twenty favorites including “Push,” “3AM,” “If You’re Gone,” and “Bent,” and of course  “Smooth,” his 3x RIAA platinum certified worldwide hit collaboration with Santana which celebrates it’s 20th anniversary this year. Thomas earned three GRAMMY® Awards for his role as co-writer and vocalist on “Smooth,” which topped Billboard’s “Hot 100” for an astounding 12 consecutive weeks and spent 58 total weeks on the chart, the #1 song in Billboard’s “Top Hot 100 Rock Songs” chart history and #2 “Hot 100” song of all time. As if that weren’t enough, “Smooth” was declared the all-time #1 song on Billboard’s “Adult Pop Songs” radio airplay chart, the #1 song of the rock era based on chart performance on Billboard’s Hot 100, and recently declared to still hold the spot as the second most successful song of all time byBillboard.

In 2004, Thomas was the first artist to be honored with the Songwriters Hall of Fame’s prestigious “Hal David Starlight Award,” created to recognize a composer in the early years of his or her career that has already made a lasting impact.  He has won numerous BMI and ASCAP Awards, and twice earned the “Songwriter of the Year” crown from both Billboard and BMI. Overall, Thomas has contributed to sales of more than 80 million records.

Thomas made his solo debut with 2005’s platinum certified …Something To Be and immediately made history as the first album by a male artist from a rock or pop group to ever debut at # 1 on the Billboard 200. Thomas’ sophomore solo album, 2009’s Cradlesong, marked still another milestone, generating two #1 singles in “Her Diamonds” and “Someday.” Billboard chart history was made once again, with Thomas tying P!nk for the most #1 Adult Top 40 hits by a solo artist as well becoming the first male solo artist to score multiple chart-toppers at the format.

In 2012, Matchbox Twenty returned with their first all-new album in a decade, North. Fueled by the hit singles, “She’s So Mean,” “Overjoyed,” and “Our Song,” North proved a landmark for the band, their first ever #1 debut and Billboard 200 chart-topper. Thomas’ third solo album, 2015’s internationally acclaimed The Great Unknown, had a top 10 debut on the SoundScan/Billboard 200 upon its release and featured hit singles “Hold On Forever” and “Pieces.”

A charismatic, engaging, and indefatigable live performer, Thomas has spent much of the past two decades on the road, fronting massive world treks with Matchbox Twenty and on his own as well as a series of intimate acoustic tours. Thomas is also a dedicated philanthropist, establishing Sidewalk Angels Foundation with his wife Marisol Thomas in 2003. The organization is dedicated to providing critically needed funds and support to over 20 no-kill animal shelters and animal rescues, across the country, that help to fight for the rights and fair treatment of those with no voice. For additional information on Sidewalk Angels Foundation, please visit www.sidewalkangelsfoundation.org.