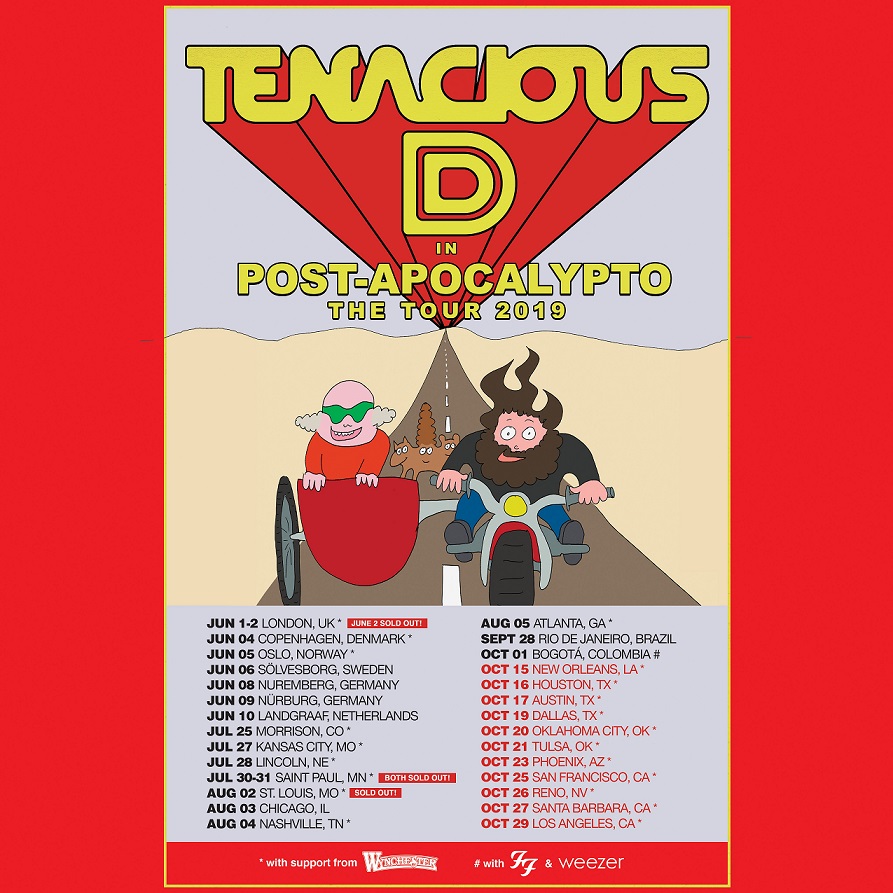 After revealing their summer tour dates for 2019, Tenacious D has announced that ‘Tenacious D In Post-Apocalypto The Tour 2019’ will extend with a run of 11 more shows to take place in October. The support act will be country band Wynchester for all dates.

Keep an eye on Tenacious D’s social media channels Wednesday, May 1 for pre-sale info. General on-sale will begin Friday, May 3 at 10am local time.

On November 2, 2018, Tenacious D released Tenacious D in Post-Apocalypto – an animated film, with each frame hand-drawn by Black and every character voiced by Black and Gass.  Alongside the film, the band also dropped the album Post-Apocalypto. Together, they create a genius addition to the D’s already scintillating catalogue of rock greatness.