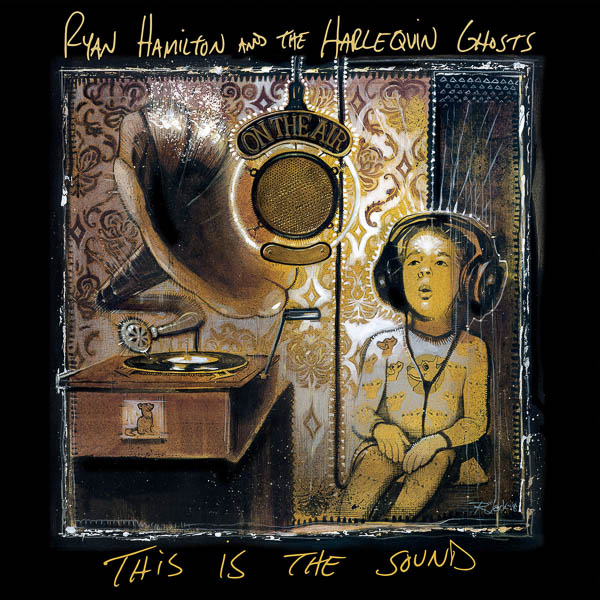 When two distinct musical artists combine to create music together it can sometimes be a hit or miss type situation. Thankfully, the collaboration of emerging rocker Ryan Hamilton with longtime E Street Band guitarist Steven Van Zandt produced a solid hit in the form of the single “Mamacita,” which features an incendiary guitar solo from Van Zandt. The song comes from Hamilton and his band the Harlequin Ghosts’ debut album “This is the Sound.” “Mamacita” is just one of those “drive around with the top down” type songs that is perfect for summer and will be stuck in your head for days. “This is the Sound” was released on May 31st through Van Zandt’s very own Wicked Cool label.

The track “Bottoms Up (Here’s to Goodbye)” was originally released in late 2018 and enjoyed the promotion by Van Zandt on his radio show Underground Garage. It’s a great song to play in the background of a backyard BBQ with friends. There is a level of fun in Hamilton’s music that instantly makes it accessible and “Bottoms Up” is a perfect example.

The aptly titled “Get Down” is an amped up rocker that would surely make Chuck Berry proud. If your foot doesn’t tap along to this one, then you should probably check your pulse. So many songs today have a deep meaning or seriousness to them, but “Get Down” is just a rock song that you can dance to and that’s all it needs to be.

“Far Cry” has Tom Petty-like story telling quality to it, but with a power pop chorus. Many of the situations the main character gets into that are mentioned in the song are situations that any young person might experience in their hometown growing up. That’s what makes the song so identifiable, and even familiar, to the listener.

Overall, “This is the Sound” is a fine collection of easily digestible pop rock bliss. Hamilton and the Harlequin Ghosts evoke the gritty southern poetry of the Drive-By Truckers while adding their own radio-friendly sleekness. Van Zandt was correct to saddle his musical horse up to a fresh talent like Hamilton and here is hoping that there will be more music in the future from this partnership.