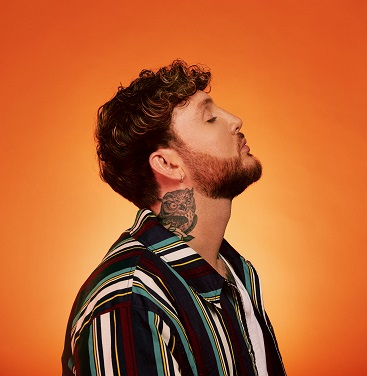 ‘YOU – UP CLOSE AND PERSONAL’
SET TO KICK OFF SEPTEMBER 2019

Having sold more than 25 Million records, achieving over 3 billion streams worldwide and numerous award nominations, James Arthur has announced a very special run of shows in the US. ‘You – Up Close and Personal’ is set to commence in September 2019. This tour marks James’ first headlining run of the US, following his last tour as the supporting act for One Republic and Fitz & The Tantrums in 2017.

Starting on September 13, James will travel across the U.S. for 6 shows in Phoenix, Las Vegas, Los Angeles, San Francisco, New York and Washington DC. See full list of dates below. Tickets will be available to the general public for the Washington, DC show at 10AM ET on Thursday, July 18, with the rest of the dates on sale at 10AM PT (NYC 10AM ET) on Friday, July 19.

The tour follows James’ highly-anticipated return with his current single “Falling Like The Stars,” which has accumulated over 100 Million combined streams and views globally to date. The visual for the song shows the emotional journey of a soldier and his family while’s he out on deployment – check it out HERE. Fans can look forward to hearing “Falling Like the Stars” and more new music from James on tour this fall.