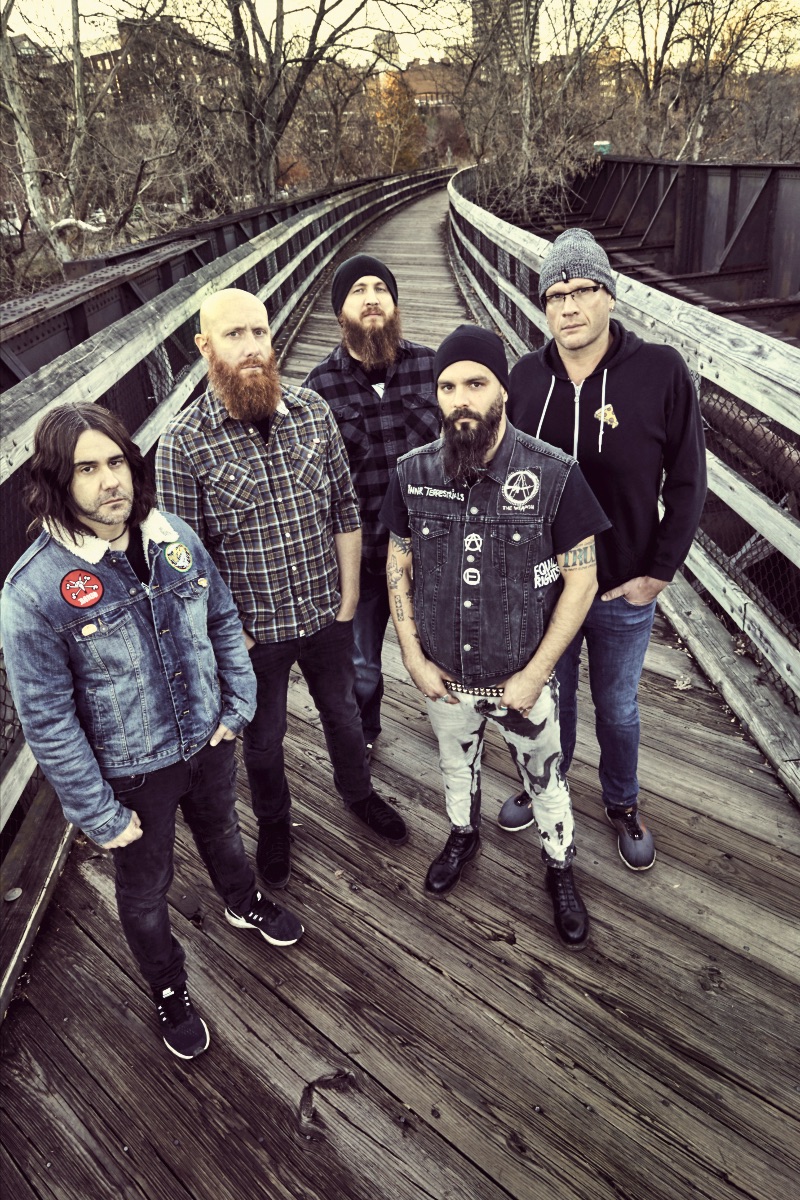 KILLSWITCH ENGAGE SHARE NEW SONG “I AM BROKEN TOO” — LISTEN

The song appears on the band’s eighth album, Atonement, out August 16 on Metal Blade Records. The album is available for pre-order here. KsE previously shared the new single “Unleashed.” Watch the visualizer here.

Leach discussed “I Am Broken Too” exclusively with Alternative Press. Read the interview here.

The band is also donating a portion of the proceeds from the song to Hope for the Day, a Chicago-based non-profit organization that focuses on suicide prevention by providing outreach and mental health education through the use of music and art.

“This song is very near and dear to my heart,” Leach explains. “I wanted the listener to feel the urgency, the heaviness of the topic as well as a possible connection. Many people suffer from mental illness in one form or another. I want nothing more than for people to feel like they are not alone in this struggle. There is always someone there to help, to listen, and to be there for you. Don’t lose hope and don’t let your brokenness consume you. Broken can be fixed, or at the very least, maintained. No one is alone in this fight.”

Regarding the decision to work with Hope for the Day, Leach says, “I personally chose Hope for the Day to be the organization we partner with for this song. I admire their tireless efforts to spread mental awareness and suicide prevention. The phrase and the hashtag #ItsOkNotToBeOk is a simple yet powerful statement. I think it coincides with #IamBrokenToo perfectly! Johnny Boucher and his organization are out spreading the powerful message of connectivity and solidarity in this fight for understanding mental health issues. I’m honored to have them on our team for this song and this movement to continue to raise awareness and keep the conversation going for mental health issues.”

“‘I Am Broken Too’ is a song that truly encompasses what we need to be doing in society, talking about what we have been through,” Boucher says. “We know that by talking about our experiences, we are able to relate and be encouraged to ask for help. Hope for the Day has been working with KsE on breaking the silence around mental health since 2014, and we couldn’t be more excited to continue working with them on raising the visibility of resources in our communities.”

KsE will also be doing an exclusive in-store performance on August 14 at 5pm PT at Amoeba Music Hollywood. Fans will be able to purchase the album to get guaranteed admission and a limited-edition “Live at Amoeba” poster. All further details about this show are here.

The band will also perform at special intimate show at The Space in Las Vegas on August 13. Tickets go on sale today at this location.

Killswitch Engage are currently on tour with Clutch (see dates below). Fans attending the dates with Clutch will be able to purchase a limited edition laminate containing a unique code to receive a CD copy of the new album Atonement delivered to their front door on or just prior to the August 16 release date (may not apply for some of the festival dates).

ABOUT KILLSWITCH ENGAGE:
Killswitch Engage first shook the structure of heavy music upon climbing out of snowy industrialized Western Massachusetts in 1999. A musical outlier, the band pioneered a union of thrashed-out European guitar pyrotechnics, East Coast hardcore spirit, on-stage hijinks, and enlightened lyricism that set the pace for what the turn-of-the-century deemed heavy. 2002’s Alive Or Just Breathing became avowed as a definitive album, being named among “The Top 100 Greatest Metal Albums of the Decade” by Decibel and celebrated by everyone from Metal Hammer to Revolver. Not only did they bust open the floodgates for dozens to follow, but they also garnered two GRAMMY®Award nominations in the category of “Best Metal Performance” in 2005 and 2014, respectively, and gold certifications for The End of Heartache [2004] and As Daylight Days [2006]. The group landed three consecutive Top 10 debuts on the Billboard Top 200 with Killswitch Engage [2009], Disarm The Descent [2013], and their career high best bow at #6 with Incarnate [2016]. The latter two releases would also both capture #1 on the Top Rock Albums and Top Hard Rock Albums charts. Their total streams have exceeded half-a-billion to date. Along the way, the band has shared stages with some of the biggest acts in the world and have sold out countless headline gigs in six continents across the globe.

2019 represents another turning point. The quintet—Adam Dutkiewicz [lead guitar], Joel Stroetzel [rhythm guitar], Mike D’Antonio [bass], Justin Foley [drums], and Jesse Leach [vocals]—sharpen every side of this signature sound on their eighth full-length and first for Metal Blade, Atonement. The vision they shared two decades ago crystallizes like never before as evidenced by the first single “Unleashed.”

ABOUT HOPE FOR THE DAY:
Hope for the Day achieves proactive suicide prevention by providing outreach and mental health education.  Suicide completion rates have surged to a 30-year high. Suicide has no prejudice, and each year more than 800,000 die in this silence. In the United States, over 44,000 people die by suicide every year, averaging 121 suicide completions each day. Suicide is a preventable mental health crisis. The primary obstacle to suicide prevention is the silence of stigma. Stigmas are social and cultural factors that try to dictate how we express ourselves and compel individuals to be silent on their internal experiences. Too often, we do not discuss mental health or suicide until it directly impacts our community. Proactive prevention is about creating an environment that doesn’t wait for someone to reach a point of crisis to address their mental health. In doing proactive prevention, individuals step up to take action and facilitate the conversation on mental health in their spaces.