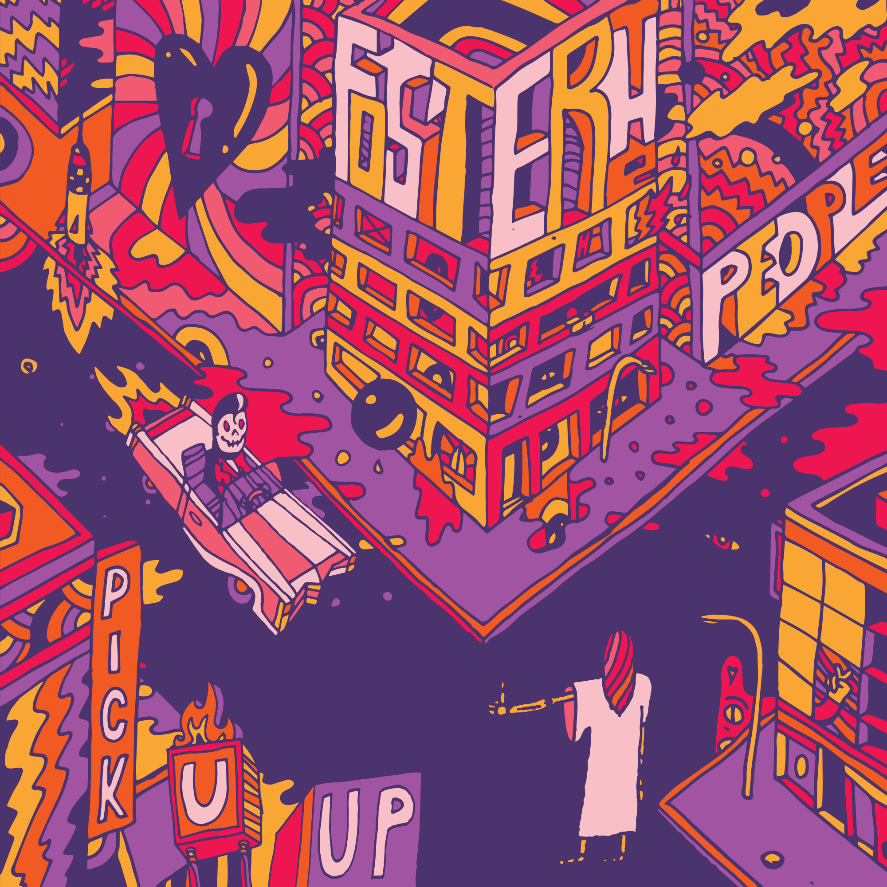 “Pick You Up” follows the band’s latest releases “Imagination,” “Style,” “Worst Nites” and their multi-format hit “Sit Next To Me,” which was recently certified double platinum.

“Sit Next To Me” was nominated for a 2019 Billboard Music Award for “Top Rock Song.” The track was described as “pure shimmering pop” by The Associated Press and named one of Billboard’s “Best Songs of 2018.” At radio, the song hit #3 at Alternative, #19 at Top 40 and reached Top 10 at both AAA and Adult Pop. The track also received a nomination for “Choice Rock/Alternative Song” at the 2018 Teen Choice Awards, where the band performed the song live following appearances on The Tonight Show starring Jimmy Fallon and The Late Late Show with James Corden.

Foster the People rose to the forefront with the 2011 release of their debut album Torches, which has sold nearly two million albums and over nine million singles worldwide. Torches features the #1 hit single “Pumped Up Kicks,” which was recently named one of USA Today’s “100 Absolute Best Songs in History.”

Check out https://www.fosterthepeople.com/ for updates and additional info.