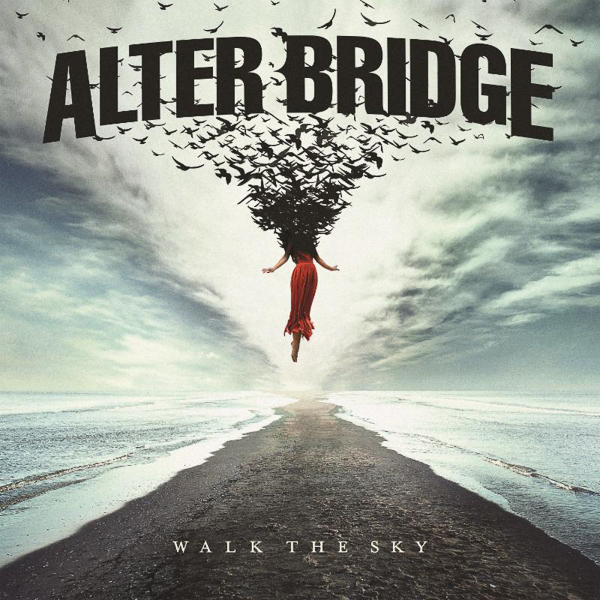 For the last fifteen years, Alter Bridge has been quietly taking over the rock world with albums that get better and better as the years go by. The band has a terrific way of blending incredible vocal melodies with hard-hitting riffs with songs that are truly their own. With their latest record “Walk The Sky,” Alter Bridge continues building upon their rock solid foundations and pushing the limits of their songwriting abilities.

The record kicks off with the breathy vocal track “One Life” before slamming us with the heaviness of the frist single “Wouldn’t You Rather.”  The talent in this band is unreal with the out of this world vocals of Myles Kennedy and the stunning guitar work of Mark Tremonti. They are backed by the one of a kind rhythm section of Brian Marshall on bass and Scott Phillips on drums. No matter how many times I listen to Alter Bridge, Myles never ceases to amaze me. I believe he is not only one of the best rock vocalists around but one of the best there ever was. His incredible range allows his voice to be the lead melody and when he soars on the chorus of tracks like “Clear Horizon,” it’s hard not to get overwhelmed as the vocal track builds and builds. Just when you think a song is going to be a softer ballad, guitarist Mark Tremonti will kick it up a notch and send things into overdrive.  He’s also a gifted vocalist in his own right, taking the lead on “Forever Falling” and the interplay between Mark’s verse and Myles kicking in on the chorus is simply phenomenal. In fact,  having two members with completely different vocal styles really allows Alter Bridge to spread their wings and try things that just wouldn’t be possible in other band situations.  The album has a little something for everyone with a nice mid-tempo vibe on “In The Deep” and some very cool drum work on “Native Son.” The closing track “Dying Light” is a good example of what Alter Bridge can do and I can imagine this one being played at stadiums around the world as fans hold their cell phones high to light up the night.

“Walk The Sky” is another brilliant chapter in the Alter Bridge story and is a welcome addition to any rock fan’s playlist.