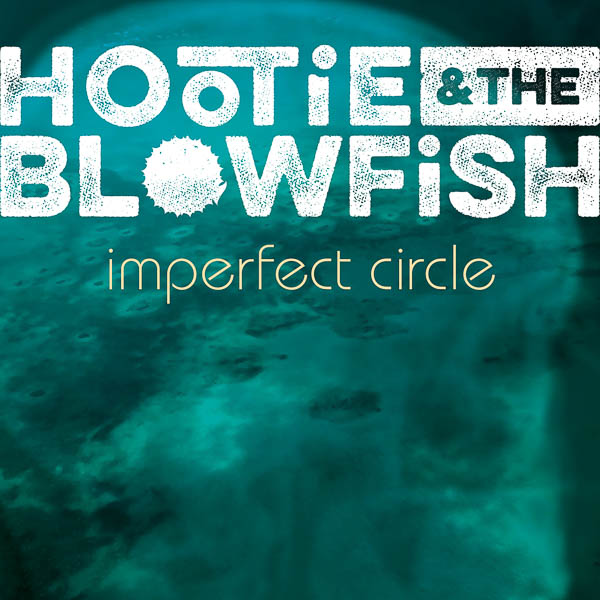 NASHVILLE, Tenn. – After thrilling nearly three-quarters of a million fans on this summer’s critically-acclaimed Group Therapy Tour, Hootie & the Blowfish are keeping the celebration going with the release of “Hold On,” the first single off forthcoming album Imperfect Circle.

Penned by Chris Stapleton and Jim Beavers, “Hold On” serves as the forthcoming album’s only outside cut – an uplifting track the band felt compelled to record as the perfect message for today’s society.

People say, let it go
That’s just the way it is, don’t you know
But I don’t see how it can do any harm
To keep reaching out with open arms, yeah

The song was the last the band recorded for the project, but frontman Darius Rucker notes that they had no doubts about it being the perfect choice to complete the album; “When I heard it, I was like ‘this is the song.’” Adds bassist Dean Felber, “I remember listening to it in the back of the bus and it was just perfect – what it meant to me and what it would mean in today’s world.”

From there, the band made it their own. “Our producer, Frank Rogers on that track, did a really nice job taking the guitar lick and pepping it up,” explains lead guitarist Mark Bryan, “and therefore we ended up kind of Hootie-izing it, which was fun.” Adds drummer Jim “Soni” Sonefeld, “I don’t think there was a song that summed up more of a vibe that we’ve had within our band, going back to the early nineties and sort of lifting each other up and looking out for one another.”

The single follows “Rollin’,” “Miss California” and “Lonely On A Saturday Night” as a preview of what’s to come on Imperfect Circle. Set for release November 1 on Universal Music Group’s Capitol Nashville imprint, the album is now available for pre-order HERE.

About Hootie & the Blowfish
With the rich, bluesy vocals of Darius Rucker and gleeful harmonies of guitarist Mark Bryan, bassist Dean Felber and drummer Jim “Soni” Sonefeld, Hootie & the Blowfish have sold over 25 million records worldwide to date after their infectious melodies hit the airwaves in 1994 with hits such as “Hold My Hand,” “Let Her Cry” and “Only Wanna Be With You.”

The quartet met at the University of South Carolina where endless gigs at frat houses and local bars built a major local buzz. Their blend of pop, folk, blues, soul and rock made them hard to pigeonhole, but easily accessible to anyone who loved good music.

Atlantic Records, impressed by their regional draw, signed them and released Cracked Rear View in 1994. The album had been out for six months before the band played on the Late Show with David Letterman which sent sales skyrocketing, eventually landing at No. 1 on the Billboard chart the following spring. Cracked Rear View and the band went on to win two GRAMMY Awards, an MTV Video Music Award, a Billboard Music Award and multiple People’s Choice Awards. Cracked Rear View went on to earn the band Billboard‘s Band of the Year Award in 1996 and the RIAA’s Diamond Award for sales in excess of 10 million units. Cracked Rear View stands among the top 10 best-selling studio albums in music business history.

The band remained a top draw nationwide and released five more albums for Atlantic: Fairweather Johnson, Musical Chairs, Scattered, Smothered & Covered, Hootie & The Blowfish and The Best of Hootie & The Blowfish, as well as Looking For Lucky on their own Sneaky Long Records and LIVE in Charleston, The Homegrown Concert Event DVD and CD. The band took a break from full-time touring in 2007, reuniting annually for a variety of philanthropic events while also pursuing solo projects. 2019 marked the band’s first full-time touring year in over a decade as they embarked on the Group Therapy Tour ahead of Imperfect Circle, their first album in nearly 15 years due out November 1 under a new record deal with Universal Music Group Nashville.