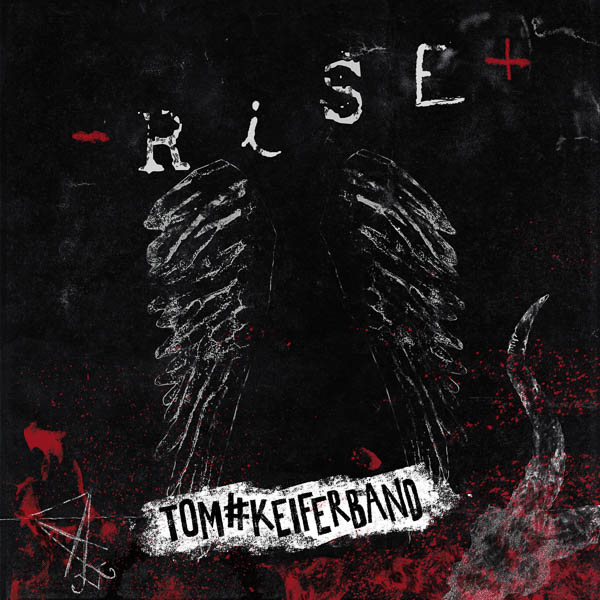 Most rock fans are familiar with Tom Keifer as being the lead singer for the eighties rock band Cinderella. But these days, Tom is busy with a thriving solo career of his own with the talented Tom Keifer Band. In 2013, Tom’s dream of releasing a solo album finally came to fruition after years in the making with the release of “The Way Life Goes.” The record was well received with its familiar bluesy rock groove and thoughtful songwriting.  Tom just released his second solo outing “Rise,” which has Keifer continuing  on his musical journey.

“Rise” is all about overcoming the obstacles and challenges that life throws at you and Tom like everyone else  has had his fair share. Once again working with his wife and principal songwriting partner Savannah, Keifer has come up with eleven new tracks that both stand alone and work as a cohesive entity. The production team of Tom, Savannah, and Tom’s longtime live engineer Kyle O’Connor gives “Rise” the raw, gritty feel of a live performance. Keifer has surrounded himself with a band full of remarkably talented individuals that help bring his ideas to life with a special interplay between members that only comes from years of making music together. From the slide guitar of “Touching the Divine” to the bluesy romp of “Untitled,” Tom and his band are on fire. His vocals are put on full display as Tom tests the limits of his own abilities from a breathy lower register to his signature upper register wails. Don’t miss the title track, a absolutely breathtaking piano ballad and “You Believe In Me,” a love song written by Tom for Savannah.

“Rise” is a great showcase for the talents of Keifer and his band and is a powerhouse record packed with brilliant songs and full of emotion.  It has everything a great rock record should with grooving  blues based riffs, churning rockers, and poignant ballad making it a must add to your collection.