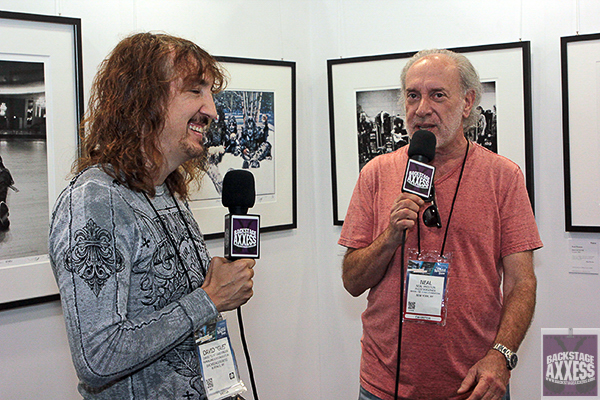 NAMM has mostly about promoting new products that are tied into music. Whether, it be new pedal for your guitar to a new amplifier there are tons of products that you can get a viewing when attending the NAMM trade show. Finding something different can be little challenging. Well, we noticed that there was a booth called Behind the Scenes which was showcasing the work of photographer Neal Preston.

Preston has photographed the who’s who in music. He was on tour with Led Zeppelin, Queen and Fleetwood Mac to name a few. He also did an iconic Christmas shoot with KISS. On Friday during the NAMM trade show, we grabbed Neal to talk about his amazing career and details behind some of his most iconic shots. Neal gave us a truly “Behind the Scenes” look at how he got some of his iconic shots and how he became one of the most recognizable photographers on the planet.

Here is little something different as we present to you an interview with photographer Neal Preston. 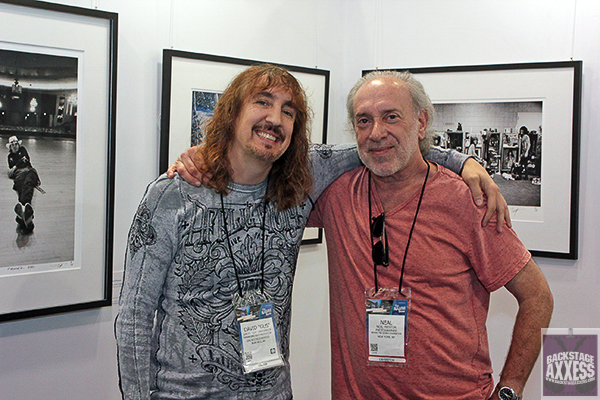 We would like to thank Giulia Calani from Lightpower for setting up the interview with Neal. For more information on Neal, his photos and his books, please go here: Preston Pictures.