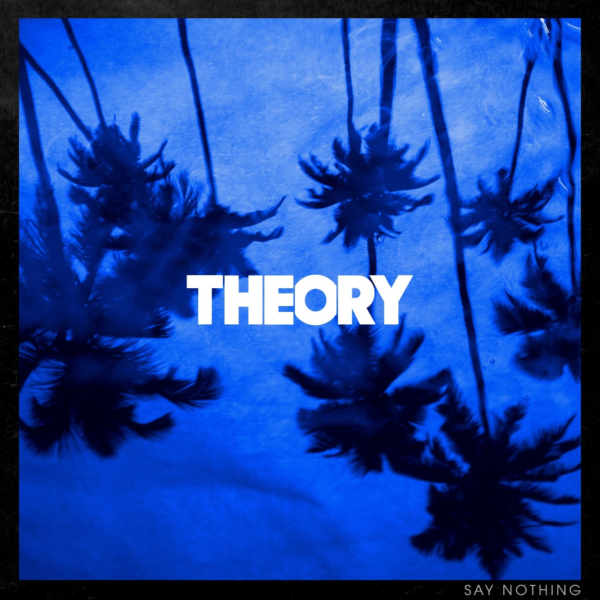 Continuing to build on the success of their prior hits including 2017 platinum single “Rx (Medicate),” THEORY is back with their seventh full length album released today via Atlantic Records, “Say Nothing.” Much like their 2016 album “Wake Up Call,” the new record is full of infectious melodies and pop-rock grooves. It also shows the growth and maturity of the band throughout the lyrical content as they tackle some pretty serious subject matter including domestic violence and the political state of the world we are living in today, making “Say Nothing” THEORY’s deepest, darkest album to date.

The album really revolves musically around the vocals of frontman Tyler Connolly with his voice front and center in the mix amidst rhythmic pop melodies and dreamy, lush keyboards and guitars. “History of Violence” tells the story of a woman who is victimized by an abusive husband before eventually fighting back and killing him while “Affluenza” spins the tale of a society obsessed with material possessions reflecting on the divide between the have and have-nots. The album is layered very well and musically the band is at the top of their game. After a band trip to the famous Abbey Road Studios, THEORY pushes their creative boundaries with “Ted Bundy” which boasts the most rock and roll of all instruments, the tuba. Yes, the tuba, but listen to the track because it works. The Gospel choir gives an extra aura of sound to “Quicksand” while “White Boy” focuses on the topic of racism. The closing track, “It’s All Good,” is a perfect way to end things with its laidback feel and jangly acoustic guitar.

THEORY has definitely come a long way from their anthemic “Bad Girlfriend” days showing an artistic growth that takes the band to new heights. Check out “Say Nothing” today and follow THEORY on their musical journey.