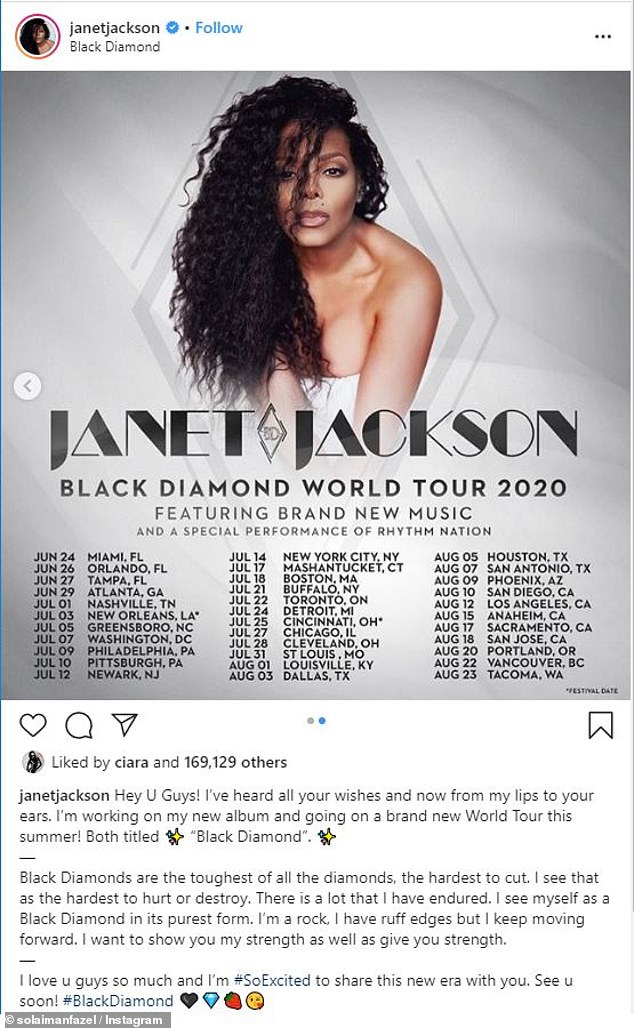 Janet Jackson will be hitting the road this summer with her new “Black Diamond World Tour.” The shows will feature music from a forthcoming album called Black Diamond, as well as “a special performance of Rhythm Nation 1814,” according to a press release.