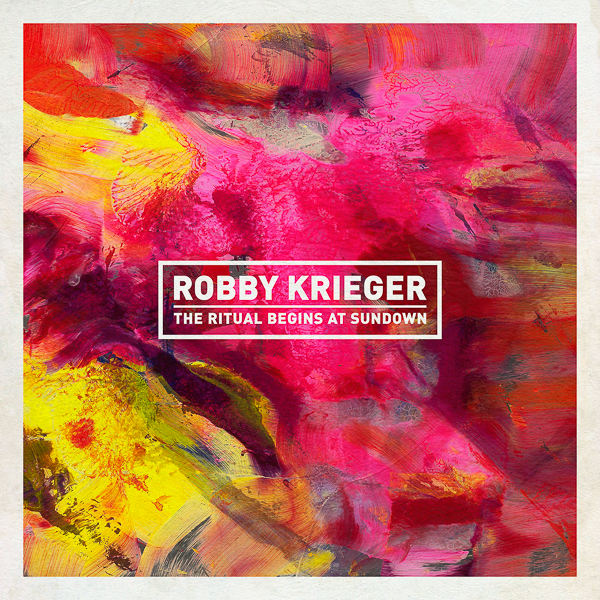 If you ask someone to name the greatest guitar player of all time, you’re bound to get a variety of answers but there are certain names that always come up. I’m talking about Hendrix, Clapton, Page, or maybe B.B. King or even Chuck Berry. There’s one name that is not often mentioned but is most definitely deserving of a spot on everyone’s list and that is Robby Krieger of The Doors.  The legendary guitarist was responsible for some of the most iconic and historic rock songs ever, not only lending his technical skills but his songwriting skills as well. Without Krieger, the world would never know classic rock staples “Light My Fire,” “Touch Me,” and “Love Me Two Times.”  His style is uniquely his own as he encompasses different genres and influences seamlessly and his sound with The Doors is something that could only be described as both magical and mystical.

Robby is back with his first solo album in over a decade, “The Ritual Begins at Sundown,” ten tracks that will awaken your musical soul. Robby’s love of jazz is no secret.  In fact, he and John Densmore used to hit up the jazz clubs before The Doors  made it big and check out the greats like Wes Montgomery and Miles Davis.  This new album really is a jazz driven treat with nine new original songs and a cover of Frank Zappa’s “Chungas Revenge.” Robby has once again teamed up with longtime writing partner and co-producer Arthur Barrow who worked with Frank Zappa in the 70’s and 80’s as well as other top names like Joe Cocker, Diana Ross, and Janet Jackson.  A whole team of musicians and Zappa alumni also join in for the album including Sal Marquez on trumpet.  The grooving riff of “What Was That” gets things started and the jazz party begins.  “Slide Home” takes on a different tone as Krieger’s guitar seems inquisitive, questioning in nature, almost as if a conversation is taking place between the listener and his guitar.  Robby brings out the funk on “The Drift” with the horns coming in full bore.  Krieger is able to flow from one song to the next having you cranking things up one moment during “Hot Head” and taking a step back for the poignant “Yes, The River Knows” in the next moment.  I liked the let’s get this joint jumping feel of “Dr. Noir” although my favorite would have to be the bluesy rock of “Bianca’s Dream.”

“The Ritual Begins at Sundown” is a true testament to Robby’s talent.  He has created something for the pure joy and love of the music and it absolutely shines through.