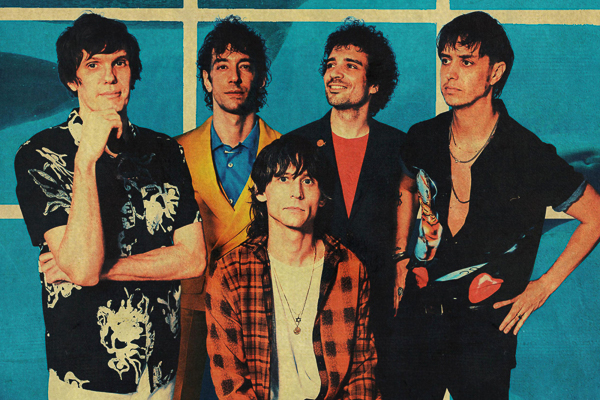 The New Abnormal, the sixth studio album from The Strokes, is out today via Cult/RCA—stream HERE.
Tonight, the band will be doing a Reddit AMA on the r/music channel at 6:30p.m. EST. Tune in and ask them a question HERE.
Of the album, Associated Press raves, “a superb slice of indie rock, varied, exciting and complex, with elements of glam, straight-down-the-line rock and dreamy pop,” while Under the Radar praises, “the most vital and consistent the band has sounded in over a decade.”
The band recently debuted a new, ongoing pirate radio series, featuring the five-piece in conversation. Watch HERE.
The New Abnormal features previously shared tracks “Brooklyn Bridge To Chorus,” “Bad Decisions” and “At The Door.” The music video for “At The Door” premiered during the band’s performance at Senator Bernie Sanders’ University of New Hampshire rally. The album is The Strokes’ first in seven years and was recorded at Shangri-La Studios in Malibu and produced by Rick Rubin. The album’s cover artwork is a painting by Jean-Michel Basquiat, Bird on Money.
The Strokes are singer Julian Casablancas, guitarists Nick Valensi and Albert Hammond Jr, bassist Nikolai Fraiture and drummer Fabrizio Moretti.