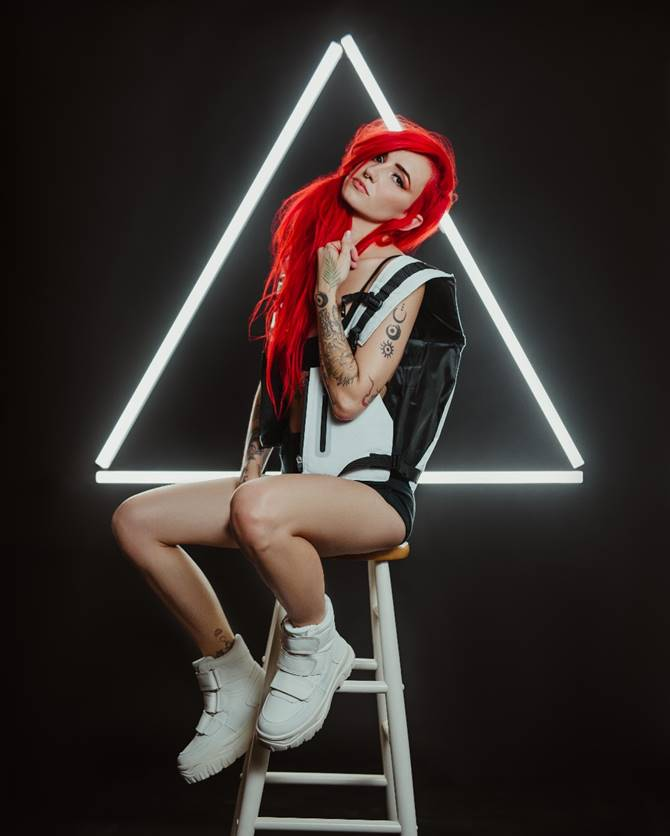 JULY 10TH – Alt-pop artist Lights has released new single “Dead End,” the lead track from the forthcoming dance-remix LP of the same name. The track, which is available now at all DSPs, is the first new music born from Lights’ remix project – alongside her live touring partner and genre-adjacent act – producer and artist, MYTH. With 2020 travel and touring on hold, Lights collaborated on the “Dead End” music video at home with family and her live production crew, enlisting husband Beau Bokan to direct the clip. The Dead End Remix LP is available for pre-save now, with the official music video for the title track streaming now on Lights’ official YouTube channel.

Discussing this new musical arc in the artist’s repertoire, Lights explains: “I’ve been writing and singing toplines on dance tracks for years, but only recently did I begin to dive deeper into that world. It’s been warm and vibrant and accepting, I’ve been loving it.”

As support and main set guest for deadmau5, Lights noted, “I wanted to put a new twist on my music that would make more sense to that kind of show. I thought, man, I’ve been making acoustic versions of my records for years, I might as well make dance versions too; reworking a handful of the songs with my friend MYTH into a fitting live set – like a remixed performance – with live vocals and guitar. This led us to cracking open some new demos I had been working on and fitting them into this release as well.”

The songstress continues a prolific hot streak this year, crossing genre boundaries and captivating listeners. In May, she unveiled AM 444, a collaborative EP with i_o—shared via mau5trap. She also took home her fourth JUNO Award, winning 2020’s “Dance Record of the Year” for the platinum smash “Love Me” with Felix Cartal. Earlier this year, Lights collaborated with Steve Aoki and Linkin Park’s Mike Shinoda on the track “Last One To Know,” featured on Aoki’s star-studded new album Neon Future IV.

Lights has boldly become an inescapable presence throughout pop, alternative, and electronic music. Over the course of her career, the artist has built an incredibly passionate fanbase – selling out tours around the world, racking up over 100M in U.S. streams and earning four JUNO Awards, including “Pop Album of the Year” for Skin&Earth, the Canadian singer’s fourth record and her most open and vulnerable to date. Along the way, she has collaborated with everyone from Travis Barker, deadmau5, and Steve Aoki to Mike Shinoda of Linkin Park, Kaskade, and more.