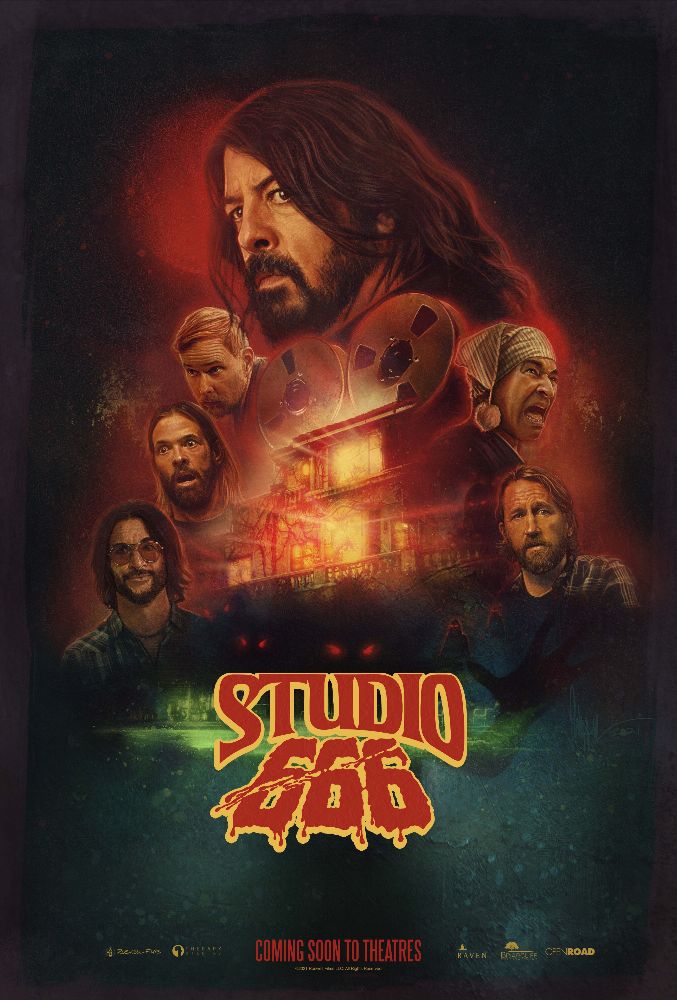 Open Road Films and Foo Fighters announced today the release of the first official trailer for their new horror comedy film STUDIO 666. The movie, which stars band members Dave Grohl, Taylor Hawkins, Nate Mendel, Pat Smear, Chris Shiflett and Rami Jaffee, will be released in theaters nationwide on February 25, 2022. In STUDIO 666, the legendary rock band Foo Fighters move into an Encino mansion steeped in grisly rock and roll history to record their much anticipated 10th album.  Once in the house, Dave Grohl finds himself grappling with supernatural forces that threaten both the completion of the album and the lives of the band.