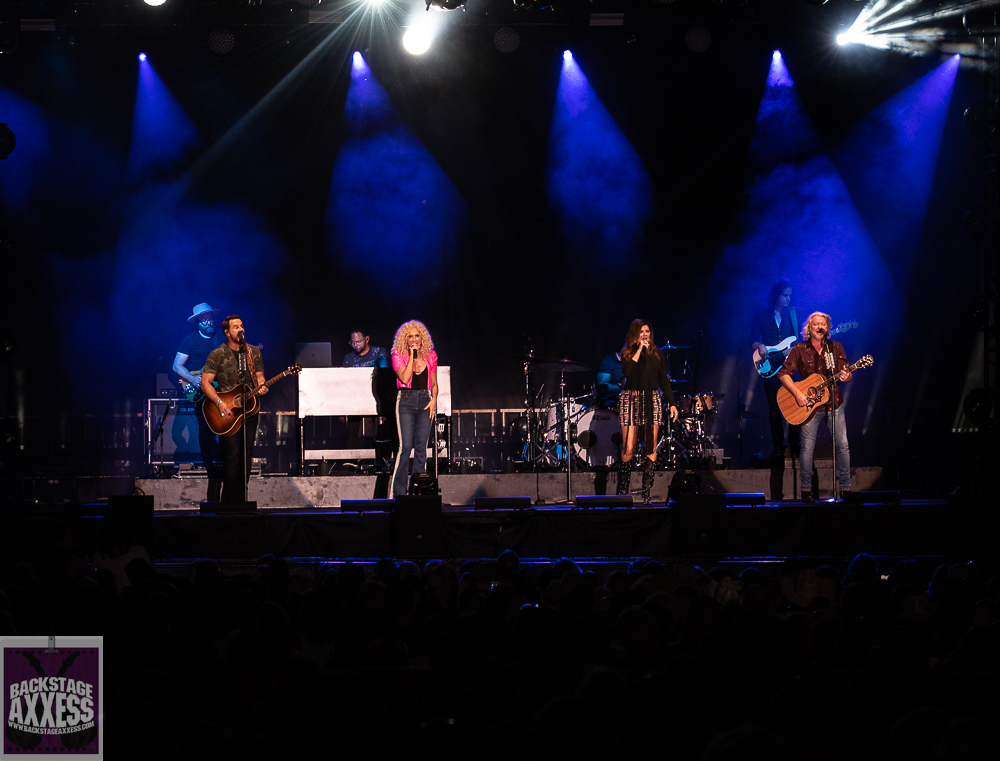 One of the best country packages of the summer made its way through the WNY area last Friday night. Little Big Town accompanied by up and comer Lindsay Ell delighted fans of all ages at the outdoor stage at the casino. The casino has been doing this for a few years now where they set up a outdoor stage and book major headline acts for back to back shows on a particular weekend. This show sold very well and was just about at capacity.

Up first was Lindsay Ell. She delighted fans with her style of country pop. Her 45 minute set included songs from her last few studio albums and a few covers mixed in for good measure. She primarily focused songs off her latest release ‘Heart Theory’ where she played 3 tracks off it including “Body Language of a Breakup.” Ell was very engaging during this track and had her band come out and move along to the song. She even did a bang up job on No Doubt’s “Just a Girl.” You don’t see many women country artists play instruments. I hope that Ell inspires other young girls to pick up and play the guitar like she does. It was a really a fun performance!

Next up were the headliners Little Big Town. This was my 3rd time taking in the band and 2nd time at this casino. Karen Fairchild, Kimberly Schlapman, Phillip Sweet and Jimi Westbrook makeup Little Big Town and their sweet vocal harmonies were full on display. Each musician had their own center spotlight singing but the highlight for me was when Westbrook took the mic on “Rich Man.” A beautiful song about family that had everyone appreciating their loved ones after hearing this song. Fairchild appreciated a fans homemade shirt in the front row and told her to go to the merch stand and pick a new one out for herself. The band is getting ready to release it’s 10 studio effort titled ‘Mr. Sun’ on September 16th. The band did the 1st single off of it called “Hell Yeah.” Another highlight to me was “Little White Church.” its’ my favorite song the band does and them doing it live makes it come alive just a little bit more! It was audience participation time when they had everyone waving their hands for “Front Porch.”  They closed out the set with a high energetic rendition of “Boondock’s.”

A great show in the midst of summer as the WNY area braces for more shows coming. They will have a lot to live up to from the performance that these two put ion in Salamanca, NY that’s for sure!

When Someone Stops Loving You

Throw Your Love Away

Turn the Lights On