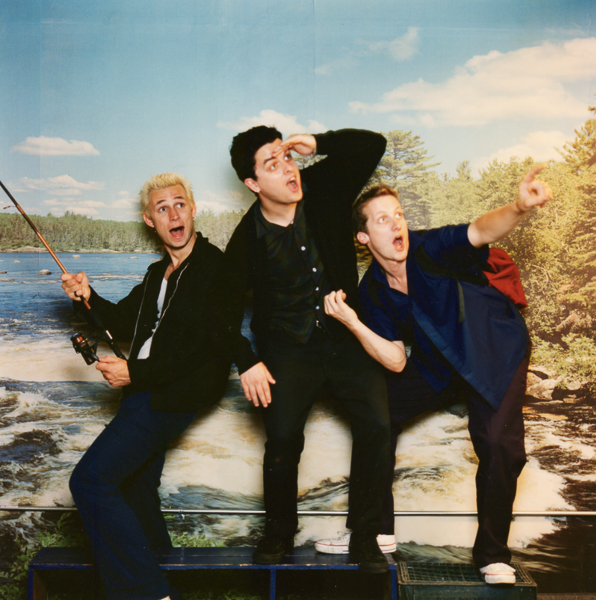 October 14, 2022 (Los Angeles, CA) – Five-time GRAMMY® Award-winning band Green Day celebrates the 25th Anniversary of their triple platinum, fifth album Nimrod. The Nimrod 25 – 25th Anniversary Edition box set, out January 27, 2023, includes the original album, one disc of previously unreleased demos, and a live set from Philadelphia’s Electric Factory recorded on November 14, 1997 one month after Nimrod’s release. The 20-song live set includes several songs from Nimrod, plus fan favorites from their previous albums and singles. The 14 track demos disc includes two unreleased Green Day songs (“You Irritate Me” (OUT NOW) and “Tre Polka”), plus a cover of the classic Elvis Costello song “Alison” (previously unreleased). LISTEN TO “YOU IRRITATE ME” HEREPRE-ORDER/PRE-SAVE NIMROD 25 (25th ANNIVERSARY EDITION) HERENimrod was originally released on October 14 1997. The Billboard Top 10 LP was driven by the hit singles “Hitchin’ A Ride”, “Redundant”, “Nice Guys Finish Last” and “Good Riddance (Time of Your Life)” the latter of which has sold 5 million copies in the US alone.  The song was written as a spiteful ballad and has evolved into the soundtrack of everyone’s seminal life moments; even being featured in the Seinfeld series finale.  The album certified triple platinum in the US and has been certified multi-platinum, platinum or gold in several other countries, including the UK, Japan, Canada, Australia and Spain.  In retrospect, KERRANG! asserted, “If Dookie was the album that put the band on centre stage, Nimrod was a multifaceted spreading of wings that saw them begin to master what to do now they were there,” and Alternative Press cited it as “a game-changer.”There are two versions of the limited edition, numbered, 5 LP vinyl box: a black vinyl version, plus a limited edition D2C and indie store exclusively pressed on silver vinyl. The vinyl box comes with a 20 page, 12” x 12” book, poster, cloth patch, exclusive slip-mat and commemorative back-stage pass. The 3 CD box set includes booklet, cloth patch and commemorative back-stage pass.The band is also bringing back a much sought after fan favorite vintage t-shirt along with other Nimrod-era merch available for a limited time in the band’s web store. Check it out here: https:// store.greenday.com/ The Rock and Roll Hall of Fame band brought their sold-out Hella Mega headline stadium run to the UK and Europe this past summer, as well as, headlining festivals including Innings, Shaky Knees, Lollapalooza, Outside Lands, Rio In Rio, Sea Hear Now, & Firefly.  Green Day played the Formula 1 Singapore Grand Prix performing to over 65,000 fans, the largest crowd in over three years. They will headline the Formula 1 Armaco United States Grand Prix next weekend in Austin, TX.NIMROD 25 – 25th Anniversary Edition TracklistingVinyl Box (5 LPs):LP 1 & 2: NimrodLP 3: Nimrod DemosLP 4 & 5: Live at The Electric Factory 1997CD Box (3 CDs):CD 1: NimrodCD 2: Nimrod DemosCD 3: Live at The Electric Factory 1997Nimrod:

Live at the Electric Factory, PhiladelphiaNovember 14 1997

ABOUT GREEN DAY:Formed in 1986 in Berkeley, CA, Green Day is one of the world’s best-selling bands of all time, with more than 75 million records sold worldwide and 10 billion cumulative audio/visual streams. The five-time Grammy Award-winning Rock and Roll Hall of Fame inductees released their breakout album Dookie in 1994, which sold over 10 million and achieved diamond status, is widely credited with popularizing and reviving mainstream interest in punk rock, catapulting a career-long run of #1 hit singles. Entertainment Weekly calls Green Day, “The most influential band of their generation,” while Rolling Stone attests, “Green Day have inspired more young bands to start than any act this side of KISS, and that doesn’t seem to be changing.” In 2004, Green Day released the rock opera American Idiot which captured the nation’s attention, selling more than 8 million copies in the U.S. alone and taking home the Grammy Award for Best Rock Album. Mojo declared “It’s exhilarating stuff, the kind of record that sets new parameters as to what is possible from a punk rock’n’roll band in the 21st century.” In 2010, a stage adaptation of American Idiot debuted on Broadway to critical and commercial acclaim.  Released in 2020 year, Green Day’s thirteenth studio album Father Of All... (Reprise/Warner Records) debuted at #1 on Billboard’s Album Sales Chart and #1 in both the U.K. and Australia. Pitchfork declared, “Green Day’s most fetching and youthful songs in ages. The trio sounds reinvigorated, more like hungry newcomers staking their claim.” In July 2021, Green Day embarked on The Hella Mega Tour (w/ Fall Out Boy & Weezer). The U.S. leg included 20 sold out stadium gigs – including renowned venues like Chicago’s Wrigley Field, Boston’s Fenway Park and Los Angeles’ Dodger Stadium – and a total attendance of more than 630,000 fans.