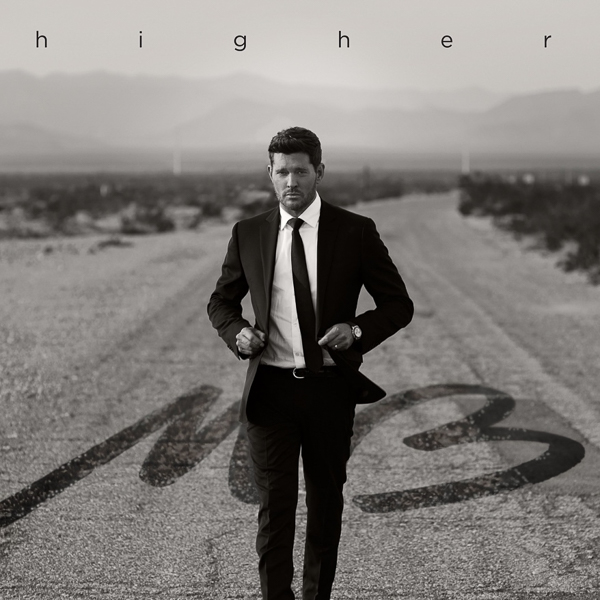 Building on this worldwide blockbuster, the Grammy winning, multi-platinum superstar entertainer expanded the original Higher with three new songs. Illuminating his versatility, he puts his signature spin on “Pennies From Heaven,” “Quizás Quizás Quizás” and the self-penned “We Pray.”

To celebrate the arrival of Higher Deluxe Edition, Bublé launches a full-scale television takeover. On October 17th, he appears on ABC’s Good Morning America and Live with Kelly and Ryan. Starting Monday, October 24th, Dancing With The Stars presents the first-ever Michael Bublé theme week on Disney+. He will deliver what promises to be an unforgettable performance of the title track and single “Higher” and all the contestants will dance to classics from his extensive catalog. Not to mention, Michael will grace the judges table, joining Derek Hough, Carrie Ann Inabe, Bruno Tonioli, and Len Goodman to rate the action on the dance floor.

Underway now until the winner is announced on November 7th and open exclusively to U.S. and Canadian residents, fans may vote for their favorite video, narrowing down the top 100 videos to the top 5. Bublé and Hough will choose the best video and the winner will be awarded once-in-a-lifetime prizes, including a One-on-One FaceTime with Michael Bublé, a Private Dance Lesson with ‘Dancing With The Stars’ Legend Derek Hough, Airfare and Accommodation to Los Angeles for four, Tickets to ‘Dancing With The Stars’ Season Finale Nov 21st, and Tickets to Disneyland. The contest is live HERE.

This extends the collaboration between Bublé and Hough, who notably directed and choreographed Bublé’s “Higher” music video. Watch HERE.

Performing to packed arenas on a nightly basis, Bublé resumes his ‘Higher’ Tour across Canada, South America, and Australia through December 18. Picking back up in the New Year, it crosses the pond for the European leg this winter.

Bublé’s HIGHER album incited the most enthusiastic critical applause of his career to date. Variety raved, “On ‘Higher,’ Bublé gets to show the full breadth of his talent, while staying true to idols, influences, and, most importantly himself,” and The New York Times profiled him in an extensive cover story, going on to attest, “The through line for these seemingly disparate selections is his buoyant and mellifluous voice, capable of roping any and all material into the realm of genuine romance.” Entertainment Weekly noted, “when he started piecing together his new album, he wanted to push himself creatively in ways he never had before.”

Produced by Greg Wells and Bob Rock along with Alan Chang, Jason ‘Spicy G’ Goldman and Sir Paul McCartney, HIGHER is Bublé’s first studio album in three years and follows his hugely successful sold out two-year global “An Evening With Michael Bublé Tour” as well as the 10th year of the massive success of his classic holiday album, Christmas.

Michael Bublé has sold over 75 million albums during the course of his extraordinary career and has enjoyed enormous success as one of the most exciting global touring artists out there with sold out shows in over 30 countries. With a career that includes four Grammy wins, multiple Juno awards, six multi-platinum albums, sold out global arena tours, well over 14 billion streams worldwide and a new album that many call his best record ever, Michael Bublé continues to go HIGHER in 2022.

1 I’ll Never Not Love You

3 A Nightingale Sang In Berkeley Square

4 Make You Feel My Love

8 Bring It On Home To Me

9 Don’t Get Around Much Anymore

11 Don’t Take Your Love From Me

12 You’re The First, The Last, My Everything